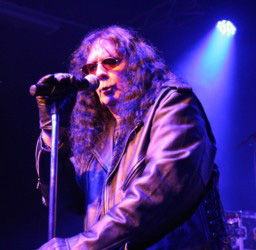 It’s February in Newcastle and so the boys are back in Toon once more for the fourth annual Brofest NWOBHM celebration. Attendance figures looked like they were down on last year, which is a shame because despite some less familiar names there were some top-notch performances to be savoured.

A change of tack saw just three bands on Friday night (rather than four) but all three got a solid hour set; perhaps more surprisingly, all three played last year, but their performances twelve months obviously guaranteed them a return slot. HAMMERHEAD opened proceedings and pretty much from the off showed why they’d been asked back for a second bite at the Brofest cherry. A band not averse to writing lengthy, brooding songs, their recent release ‘The Sin Eater’ on High Roller was one of last year’s most exciting albums, and the ten-plus minute title track was one of the set’s many highlights.

BLITZKRIEG became the first band to play three Brofests in a row, and with Brian Ross commanding the stage the band have lost none of the power which set them aside from the rest of the pack back in 1981. Although five songs in the set (including opener ‘Armageddon’ and Satan crossover ‘Pull the Trigger') came from way back when the band were happy to thrown in material from later albums, and the first nod of the weekend to Judas Priest came with a rendition of ‘The Hellion’ before their self-penned tribute ‘Call For The Priest’. ‘Hell To Pay’ was dedicated to Lemmy, and although Blitzkrieg already features Alan Ross on guitar, it must have been a real buzz for Ross to be joined by another son Gillan who added joint vocals to the closing couplet of ‘Blitzkrieg’ and ‘Buried Alive’. I guess the collective noun for Rosses could be a blitzkrieg? A blitzkrieg of Rosses? Yeah, that sounds good to me. 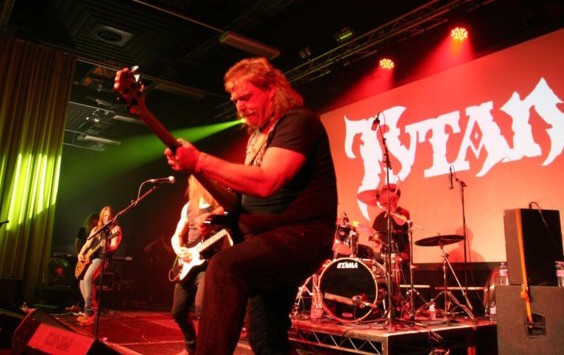 TYTAN were last minute replacements for Metal Mirror last year, and were stunning. Now given the Friday headline slot they didn’t disappoint, and were even happy to drop in some new songs – ‘Fight The Fight’, ‘The Cradle’ and ‘Billy Who’. The groove to ‘Money For Love’ is still one of life’s great moments, though, and ‘Blind Men And Fools’ will always, always be a classic. Founder member Kevin idles took a tumble during opener ‘Cold Bitch’ but, ever the pro, bounced straight back up and laughed about it. Must have hurt though….