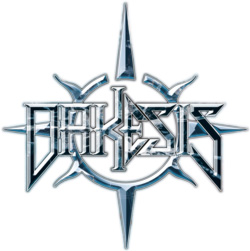 With their third album ‘Fractures’ just released, progressive metal outfit Dakesis should be riding the crest of a wave, and yet although current events have scrubbed both the planned album launch party and ensuing tour for the foreseeable future the quartet – Gemma Lawler (vocals), Matt Jones (guitar), Amie Chatterley (bass / vocals) and Adam Harris (drums / vocals) – are still pretty positive, looking to reschedule things as soon as normality returns.

The band are based in... Well, I’ll leave that to Amie, who’s obviously proud of the local heritage. “We are based in the home of heavy metal – Birmingham! What could be more inspiring than that? We are truly blessed that we have so many awesome bands that have pre-date us, but also a lot of new blood that are really pushing boundaries and being surrounded by so much awesome music right here in our hometown also really helps inspire us.”

With their unique name (“We've heard lots of explanations for it over the years, but we don't think it actually means anything at all – which is fantastic for our SEO ranking!” admits Gemma) Dakesis have been in business for twelve or so years, and have one self-titled EP to their name (with which they opened their account) as well as ‘Fractures’’ two predecessors – 2010’s ‘Trial By Fire’ and ‘The New Dawn’, released six years later. There’s also a clutch of singles for the completists, including versions of ‘A Fairytale Of New York’ and ‘All I Want For Christmas Is You’ recorded with local colleagues Fury. This is a band who work hard, play hard and know how to leave you with a ringing in your ears and a smile on your face. 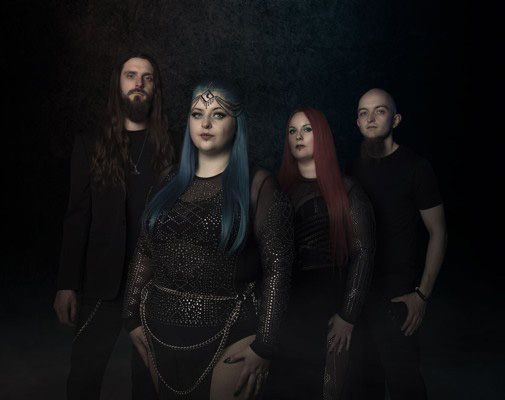 ‘Fractures’ is an immense body of work, a perfect blend of progressive metal, power and passion. The material is complex and thought-provoking, but still accessible enough to get into without having to spend hours listening for a way to relate to the songs, and the album itself is dominated by the grandiose title track which slowly unveils itself over fifteen minutes, thereby occuping a quarter of the album’s running time. “Musically the songs have been constructed over the past four years,” says Adam, “or much more in a couple of cases. We tend to be a ‘more is more’ kind of band, so it can be a long process to get to the sound we’re after. From a lyrical perspective, we’ve had a clear overall message in mind throughout, but finding the right words for some of the topics the album explores has been the biggest challenge. But having access to our own studio, CapsaArx, is invaluable for the recording process. It means we’ve not been rushed to come out with something before the studio budget runs out, and we can spend more time crafting the music to be as good as it can be. And I think it’s turned out better than we could have expected. Matt’s done an incredible job with the overall sound, and I think it says everything we want it to say. It’s something we’ve been dedicated to, and pouring our hearts into, for the past four years, so if we weren’t happy with it, we’d still be working on it! It feels great to be reaching the point that it gets released to the world.”

“It’s great to be able to mix this completely in-house,” adds Matt. “‘The New Dawn” was mixed by Nino Laurenne at Sonic Pump Studios so I felt an immense pressure to get this right and of course it’s always more difficult to keep an open mind when mixing tracks that you’ve been listening to for such a long time. Working with Svante [Forsback, from Chartmakers in Finland where the album was mastered] really helped to bring the whole thing alive and so being able to create the production we were aiming for really is a major highlight for me.”

“And as with ‘The New Dawn’, the music is varied, whilst also still sounding like us,” suggests Amie. “I talk a lot about our different influences and how this comes out when we co-write and it’s really reflective, more than ever, on ‘Fractures’. When we started the writing process four years ago we had a complete concept and vision for the album. Although musically we had some demo tracks lined up, we spent a lot of time on the road touring ‘The New Dawn’ and by the time we got back into the studio to focus on the new album, so much had happened in our personal lives that the original concept just didn’t work. ‘Fractures’ is definitely a very emotionally raw album for us and it’s been a huge cathartic outlet too. Thematically, it’s all about loss, both through death but also people and things that leave your life along the way and dealing with the aftermath of that. Of course,” she laughs, “we shrouded this in huge pompous metaphors!” 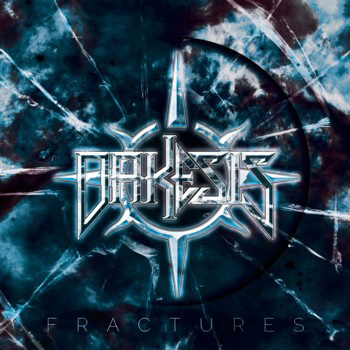 “I love a good metaphor!” Adam chips in. “There are many layers of meaning in the songs, trying to capture all of these experiences and emotions through the medium of music is one way we process all of these things, and hopefully others can find the same comfort in the songs as we have.”

Comparing ‘Fractures’ to its predecessors, ‘Trial By Fire’ and ‘The New Dawn’, Amie suggests that “With each album we grow individually and as a band. We become more experienced and our inspiration changes with the things that life throws at us. I think ‘The New Dawn’ was the first time we really captured these feelings in our music and ‘Fractures’ takes this a step further.”

“Yeah, ‘The New Dawn’ was definitely the turning point when we realised we could stand up as just the four of us, and together become stronger than ever, as corny as that sounds,” says Adam, “with our powers combined, and all that. From that point, it became a lot more like four of us chasing the same goal and working together. But I definitely sense an evolution through the albums so far that reflects the changes we go through. ‘Fractures’ is definitely a statement of where we all are at this point in time.”

“And everything we do, we do as a team,” adds Amie. “Over the years we’ve been together, we’ve grown and carved our own niche roles in the band which helps us to achieve and tackle any hurdles we come across, and has kept us truly independent without the need for many other external agents such as record labels and booking agents.”
“In hindsight it feels like the four of us were destined to find each other,” suggest Adam. “We’re all definitely on the same wavelength, as is Jacob [Underwood], our part-time keyboard player. As with most bands, we went through line-up changes in the early days until something sticks, but this is the band in its definitive form.” 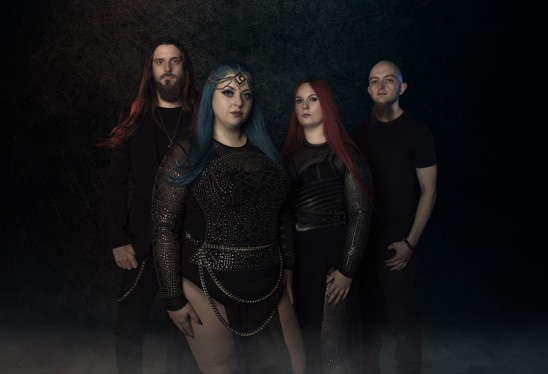 As mentioned earlier, the Coronavirus has derailed the band’s campaign for a grand unveiling of ‘Fractures’. “Until very recently, the plans were a grand album launch in Birmingham, followed by an extensive UK tour with our good friends Fury, and plans to bring the show to Europe and beyond, but the current Corona outbreak had forced us to rapidly make new plans. So we made plans to perform ‘Fractures’ in full via a live stream on the 28 March fully mixed, with a full light show and multi camera videography, but unfortunately following government advice, we could no longer get our additional crew into the studio to do this safely. The postponed album launch concert and tour will be pushed back later in the year. Obviously nobody knows how long any potential lockdowns may last for, and every live band in the country is in exactly the same situation. A shame, but...”

As ‘Fractures’ is now available, you would be remiss not to investigate it further. Visit www.dakesis.com, and don’t forget your credit card...