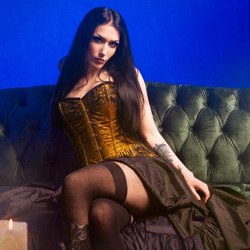 A new name on the symphonic metal scene, from a country not readily associated with the genre, Empress have their exciting debut album ‘Fateweaver’ set for release on 19 August. ‘Fateweaver’ boasts an impressive collection of songs, and can best be described as a tremendous rush of soundscapes topped off with the striking voice of singer Barbara Blackthorne.

So, here we go: ten minutes, ten questions with Barbara Blackthorne of Empress

Q1. Can you give me a quick history of the band, please, and confirm the current line-up?

“Empress was formed in 2018 and consists of Vlad Khavin as our lead composer and guitarist; Joseph Muir also on guitar; Nick Bonsanto on bass; Mark Stainthorpe on drums, and myself on vocals. It started initially as a jam project between Vlad, Mark and Joe but shifted more towards the sound that you hear now with the addition of myself and then finally Nick. We were just getting our start in 2019, only getting to play a handful of shows and release a few singles before the 2020 Pandemic. During that time we focused on writing and recording our debut album, and now in 2022 it feels like with the world returning to some semblance of normalcy and with the upcoming release of ‘Fateweaver’, we finally get to properly introduce ourselves and really get started.

“As for the band’s name, Empress was actually something that I’d wanted to use for a project for a while. I loved the idea of having a strong, regal sounding name that was unabashedly feminine and powerful. When I joined the band, there was a spreadsheet of a bunch of names that the other guys had come up with. I threw it in there hoping it would get picked but not knowing how the others would feel about it, and when it came time to vote, everyone unanimously chose it – it always just felt ‘right’ for our sound.” 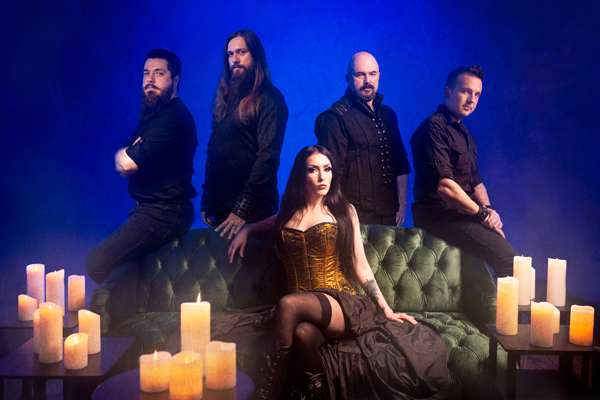 Q2. Where are you based? Is it conducive to creating symphonic metal?

“We’re based out of Philadelphia, PA, in the U.S. In general there’s not a whole lot of other bands doing this genre in the U.S, let alone Philly! We may very well be the only one in our city. If there’s another we’d love to know – we U.S. symphonic metal bands gotta stick together, after all! So far as it being conducive to writing this particular brand of music, I’d say the interesting thing about this genre being essentially non-existent here is that it allows for us to kind of put our own stamp on it, you know? And it’s honestly kind of fun introducing a whole new audience to this genre who may not have ever even heard of it before.”

Q3. What did you set out to achieve when you wrote and recorded ‘Fateweaver’? And do you think you achieved it?

“I think the goal has always been to craft music that creates a world for our listeners to interact with and explore. Something to take them away from the mundane and uplift and inspire. I really feel overjoyed because I do feel that we’ve achieved what we set out to do, and I can’t wait for people to hear that!”

Q4. The cover artwork is quite eye-catching – is there a story behind it?

“Thank you! Joseph handled finding the artist and going over the concept with them. There’s no specific story, per se, but rather it is a high-concept interpretation of ‘Fateweaver’ using imagery from our lyrics. The stories in our music do not tend to settle in one realm of fantasy or another, and so it was important that the art reflect that.” 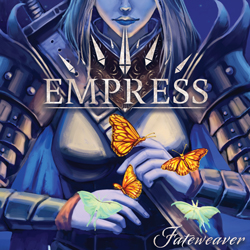 Q5. What inspires your lyrics? Where does your inspiration come from?

“I love telling stories, so my lyrics are very much inspired by the fantastical. I prefer to stay away from topics relating to everyday things because for me, when I’m seeking out entertainment, I want to feel something that I don’t feel every day, you know? Things like love, money, etc, those topics have their places, but they’re not necessarily things that I want to write about. I personally want to find escape in my free time, and my writings tend to reflect that.”

Q6. What’s the best gig you’ve performed so far, and what made it so special?

“There’s a few that stick out, but I’d say either our first co-headliner back in September 2019 with Anatomy of the Sacred, or our most recent show with MindMaze and Bastion’s Wake in Wilmington. Those shows especially were just filled with so much love and camaraderie between the other bands and our friends and fans that came out to see us, and they’ll always be nights that I look back on fondly.”

Q7. What would you say are your strengths as a band?

“I think that our primary strength as a band is that between the fiveof us, we have a pretty diverse range of musical backgrounds. Our members have been involved in everything from death metal to jazz; from classical music to thrash; and from traditional heavy metal to progressive folk metal. With so many different musical perspectives, I think it’s allowed for us to put our own unique stamp on the symphonic power metal genre that we love so much.”

“After we release ‘Fateweaver’, we plan on playing out and bringing this music to as many people as possible! And of course per usual, there are a few really cool, secret things in the works that I have to be silent about, but I think our listeners will be very excited by what we have in store.” 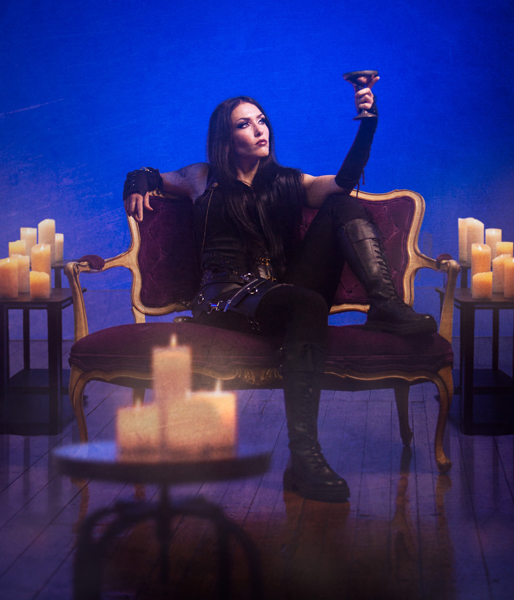 Q9. What film do you think ‘Fateweaver’ could be the soundtrack to?

“I feel like it’s probably a common answer, but I could absolutely see ‘Fateweaver’ as the soundtrack to ‘The Fellowship of the Ring’. Not just because it’s a film that I love dearly, but because I feel like there’s a lot in common with them thematically – especially the idea of reluctant, but brave, heroes.”

Q10. If you drove an ice cream van, what tune would it play?

“I would want mine to play something from Mastodon, just because I associate that band so much with the summer. Maybe ‘The Motherload’ – ‘I can put it right there in your hands’!”

Video clip: 'Into The Grey' https://www.youtube.com/watch?v=x2jjNdWSEfY