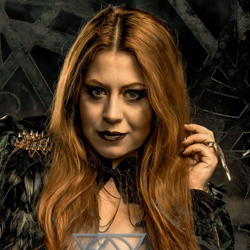 Originally founded in Istanbul in 2010, the remarkably talented Dream Ocean are now based in Germany. Their first album, 2018’s ‘Lost Love Symphony’, received a number of plaudits, with a number of guests willing to lend a hand (Peter Lundberg and Mark Jansen, for example, with Joost van den Broek weaving his magic on the orchestration and keyboard arrangements). ‘The Missing Stone’ followed their debut in September last year.

Q1. Can you give me a quick history of the band, please, and confirm the current line-up?

Basak: “Currently we are three musicians: me (the singer), Sebastian on bass guitar, and Frederic on guitar. The band started as friends hanging out together and playing cover songs back in Turkey. We were not thinking of anything serious or professional. But then we started to write our songs and we did a concert with our own songs and a couple of covers. People reacted very positively online and within the country so we decided to give it a try. During that time there were a lot of breaks in between because of our daily life and also financial struggles since we all were students and making music is a very expensive hobby in Turkey. But then one day the great metal music producer from Denmark, Jacob Hansen, reacted to our song ‘Daydreamer’ and wrote to us, saying ‘why don’t you guys make an album? Your music is amazing and you should come to Denmark and we should make an album together.’ Of course that encouraged us a lot and we decided to write an album which was our debut, ‘Lost Love Symphony’.”

Q2. And how did the band’s name come about?

Basak: “We are a Symphonic Metal band and which means we have freedom to use any topic to write songs about, and so I chose this name because I was having a lot of dreams which were influencing my music and my lyrics... It was just like a big deep dark ocean sometimes, so I came up with his name and we all liked it.” 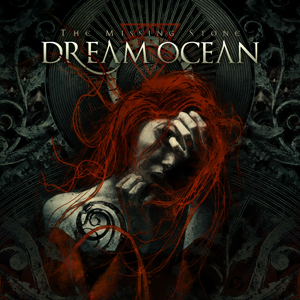 Q3. What did you set out to achieve when you write and recorded ‘The Missing Stone’? And do you think you achieved it?

Fred: “Our main goal is to create music that comes from the heart but to which other people can also connect. This album features a very personal journey from Ba?ak that the music was written around. Everyone has experienced difficulties in life and creating music is a great way to overcome those.”

Q4. The cover artwork is quite eye-catching – is there a story behind it?

Basak: “Thank you. I just asked our artist to create an artwork and show us someone locked in a cell, trying to escape, and having struggles and breakdowns, and he reflected my thoughts very well. This is basically the whole story of ‘The Missing Stone’.

Q5. How does the new album compare to its predecessor, 2018’s ‘Lost Love Symphony’, do you think? 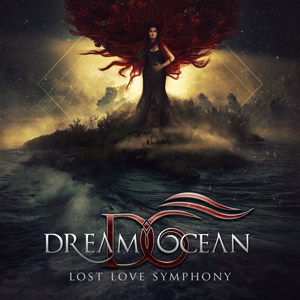 Sebastian: “‘The Missing Stone’ is more modern and more aggressive in sound, certainly, but we are not losing touch with ‘Lost Love Symphony’ when it comes to harmonics and melodic structures. But we added more experimental guitar work to the existing sound of Dream Ocean and took a slight progressive angle in some structural aspects of the songs.”

Q6. Basak, what inspires your lyrics? Where does your inspiration come from?

Basak: “It’s mostly my dreams, as I mentioned before, and all the things that I want to say out loud and scream. Things that bother me or hurt me. Sometimes I got influenced by a movie that I watch or some sentence that I heard in a show or I read in a book. So, actually, a lot of things influence me!”

Q7. What’s the best gig you’ve performed so far, and what made it so special?

Fred: “Winds Meets Woods Festival 2021, in Leipzig. The Hellraiser is a nice venue and all the other bands were really friendly. It was my first show I played with Dream Ocean and until now my best experience.”

Sebastian: “A definite highlight was our return concert in Istanbul back in 2018. It was the first time Dream Ocean had gone back to Turkey since the move and I think it was, for a lot of people, quite emotional.”

Basak: “Oh, I don’t know: we’ve played a lot of very good concerts but the ones that we enjoyed a lot were almost all the concerts that we played in the Netherlands. There we have a lot of supporters and they kind of give that energy to us every time when we’re there.” 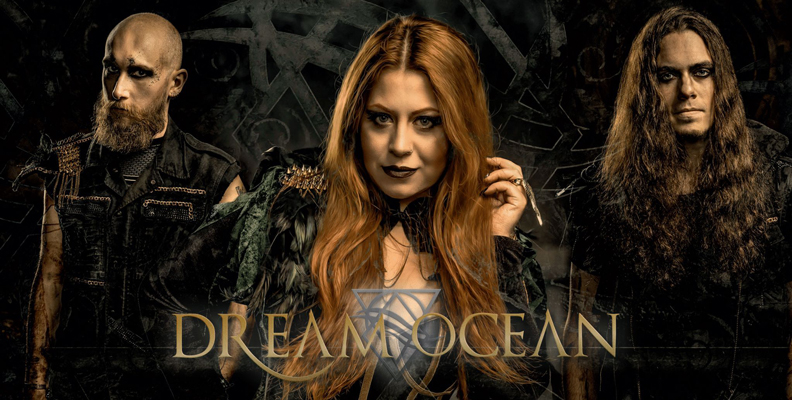 Q8. What are Dream Ocean’s strengths as a band?

Basak: “We are a good team who can work together and support each other, besides being talented and creative. At the moment, as I said, there are just the three of us in the band but we think as one mind, and that’s our strength.”

Fred: “Finding a permanent drummer as a bandmate, creating new music, and playing shows wherever and whenever we can.”

Q10. If you lived in the Marvel universe, what would your superpower be, and why?

Sebastian: “I would like to be able to stop time whenever I wished, just to be able to fulfil all the tasks of the band that come outside of playing the instrument in one sitting!”