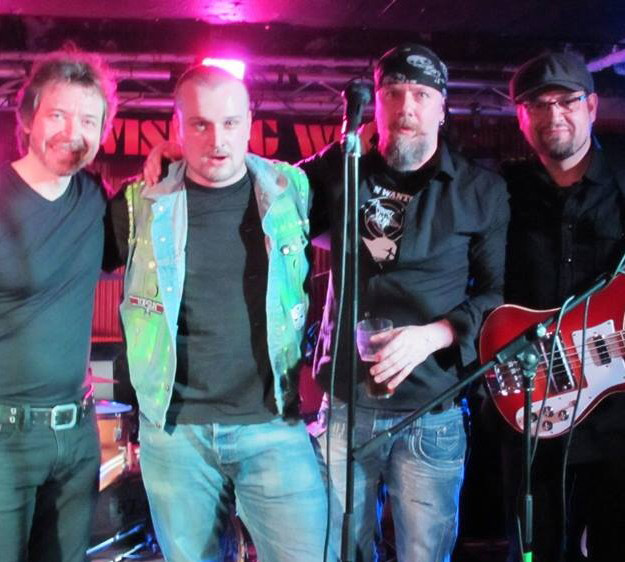 With Finnish metal sensations Wishing Well’s star well in the ascendant, it seemed high time to check in with guitarist Anssi Korkiakoski to see how things have been going with regards to their debut album ‘Chasing Shadows’ (which came out in February) and their new promo video clip.

“The response to the album has been great,” beams Korkiakoski. “We’ve had more than forty reviews in ten languages, out of which I’d say 90% are positive or very positive. It tells us that there is an audience for our music and that people get what we’re saying, and encourages us to carry on doing what we do. Of course the level of reviews varies a bit but it’s good to be noticed,” – as Oscar Wilde famously said, ‘it’s better to be talked about than not be talked about’ – “and besides, when I read negative reviews I always remember how critics slated most of the classic hard rock and metal albums back in the Seventies!”

Since the ‘Chasing Shadows’ came out Korkiakoski and his band mates Richard Becker (bass) and Rip Radioactive (drummer) have found that time is precious.“Promoting and marketing the album is at least a half-time job,” the guitarist suggests. “It’s making contacts one by one, day by day. Unfortunately we suffered a setback when our vocalist Peter James Goodman told us he cannot play live with us due to personal issues. Luckily we found Pekka Montin from Judas Avenger to take care of Pete’s recent duties and it’s been great to work with him. Every time you play with a talented person you learn something new. Anyway, the situation obviously caused us no amount of stress and we don't know yet with whom we’ll be moving on. We’re taking things one day at a time at the moment.”

Laying personnel issues aside, the band’s new video is a clip for the storming album track ‘Science Fiction’. “I’m a big fan of technology in general from steam engines to information technology,” he admits. “I think it’s amazing what mankind has achieved in this area. However, now it seems to be getting out of control and despite all the positive things like electric cars and new medicines we are being totally controlled by digital technology, and to be honest that scares me. I seriously think it’s possible that some of the classic sci-fi horror visions may come true one day.”

Is that why the video is minimalist? You’re afraid it might take over? Korkiakoski laughs. “No, I came up with the idea because we need to reach new listeners and using a lyric video was, let’s say, a budget- friendly way to do it, with a little help from social media – which by the way is one good technological invention, at least for new bands like us. If we’d had a big budget,” he laughs again, “I would have used real robots in the video!”

On the band’s immediate horizon is a gig supporting Graham Bonnet in Helsinki. “I’m really looking forward to it. I’ve always been a big fan, and that’s why we asked him to collaborate with us on the album on ‘Hippie Heart’. I can’t believe he's still doing it at 68. After that, well, I’m booking gigs for the summer and fall but it’s a bit challenging at the moment because of the singer situation. And then of course we need to start rehearsing new material too. There’s plenty of it, and we don’t want to leave it too long before we start the next album.”

Check out ‘Science Fiction’ at https://www.youtube.com/watch?v=ENZXdS-Z5gg

Note: My apologies, I don't know to whom to credit the photo. If they'd like to get in touch I will rectify that.