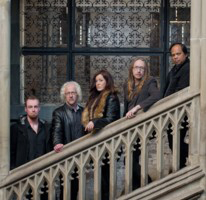 A SADNESS AND A PASSION - Panic Room

Panic Room came about in 2005 or so when keyboard player Jonathan Edwards had a few ideas for songs which he asked singer Anne-Marie Helder to breathe some life into. With guitarist Paul Davies and drummer Gavin John Griffiths joining up – the four knowing each other from Karnataka – and the addition of bassist Alun Vaughan the band was born. Since then, the release of ‘Visionary Position’ (2008), ‘Satellite’ (2010) and ‘Skin’ (2012) have charted Panic Room’s development from their early roots into a band of both majesty and magnificence. 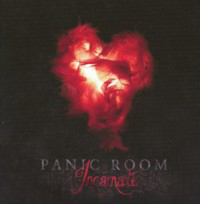 This year saw the release of album number four, ‘Incarnate’. As with its predecessors, ‘Incarnate’ is a deep, reflective album, although when I suggest that it seems more introspective than ‘Skin’ Edwards is quick to respond. “Personally,” he counters, “I think ‘Skin’ felt more introspective than ‘Incarnate’, but it’s interesting to hear how other people react to the music. I’m a firm believer that when the music is released it ‘belongs’ to the listener and its meaning is formed in large part by what they bring to it. It certainly feels like a natural progression from ‘Skin’; there are some similarities in the music, but it also feels like a very different album. It’s not like we have a particular musical agenda that we follow, but there’s a general feeling in the band that we don’t want to repeat ourselves, so we’re always trying to bring something new to the music without involving novelty just for the sake of it. I think ‘Incarnate’ is a good balance of combining some musical elements from past Panic Room albums with new musical areas that we’re exploring to make something fresh and new. I mean, it’s always going to sound like Panic Room whatever we do, because of the musicians involved and Anne-Marie’s voice, but every album is different because the writing and recording reflects where we are musically and personally at the time it’s written and recorded.”

Picking up on “the musicians involved”, as ‘Skin’ introduced new bassist Yatim Halimi, so ‘Incarnate’ is the first album to feature guitarist Adam O’Sullivan, who not only locks into the band’s sound on record but looked completely relaxed and ‘part of the furniture’ onstage during the band’s recent live performances. “When Paul left the band at the start of 2013 it was a huge blow to all of us, as he’d been part of the band from the beginning,” Edwards explains. “We knew that we didn’t want to stop making music, but decided to continue as a four-piece. We were fortunate to know Pete Harwood of Morpheus Rising who agreed to complete our tour dates for the year, learning most of our back catalogue in a couple of weeks. Pete’s really busy pushing Morpheus Rising forward, so when we came to work on the new album we initially thought about getting various guest guitarists to play on different songs. But I think we felt that may have resulted in a more fragmented sounding album, so we decided to just find one player to work with – and besides, there’s something good about immersing yourself in a whole project with one person and involving them in it. We knew of Adam as a really good local musician and Gavin and Yatim had both played with him previously. We liked his musical style and invited him to come and play on the album and the accompanying tour and that’s working out really well. 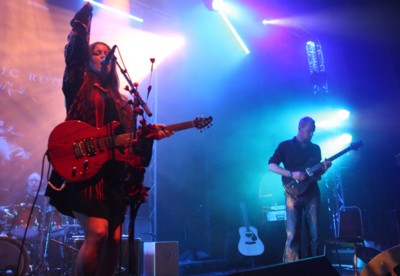 “It’s always strange working with a new musician when you’ve been used to working with someone else for so long, but Adam’s a great player and gets what we’re trying to do musically as a band. He’s contributed a lot to the arrangements of the songs on ‘Incarnate’, including co-writing ‘Into Temptation’ and there’s a lot of really nice interplay between the keys and guitar throughout the album that was great fun to do. He’s brought a more bluesy, jazzy edge to the band’s music and his musical sensibility has certainly helped shape the way the album sounds.”

As you’d expect with a band as meticulous as Panic Room, the ten-track ‘Incarnate’ is all meat and no stuffing, but right at the end of the album comes ‘Dust’, a song which features a great performance from Anne-Marie. ‘Could this be the greatest song ever written?’ I pondered. Edwards laughs at the compliment but agrees with the sentiment. “‘Dust’ is one of the highlights of the album, and one of our best songs to date. Anne-Marie’s writing has always been strong and on this album has been particularly powerful. We do a lot of co-writing together, but sometimes she brings an idea fully-formed to the table and it’s just perfect as it is; it doesn’t need anything to be added or changed, and ‘Dust’ was definitely one of those songs. And one of the things I love about Anne-Marie’s approach to her vocal performance,” he continues, picking up on my other point, “is that she treats each song individually and works to find a voice for each one. Each vocal performance is unique. It involves connecting with the lyrical and emotional heart of the song and then finding the voice that’s needed to perform it, and the result is a performance that has an honesty and integrity that comes through and can be heard quite clearly. As a singer and performer she just keeps getting better, and it’s a joy and a privilege to be able to work with her and watch her talents grow.”

The other thing about ‘Dust’ is that final, ‘different’ chord the song closes on, which, despite knowing the album pretty well by now, still catches me out every time. “The song is in D minor, and the ‘different’ chord on the last refrain is a D9 augmented 4th suspended 5th – don’t worry,” laughs Edwards, “I had to look it up; I know what I play, I just didn’t know what it’s called! But I don’t think it was Anne-Marie thinking ‘what this song needs is a D9 Aug 4th Sus 5th to end on’, it’s more a case of knowing that the song needed something ‘special’ to bring it to a close and then playing some variations until you hit on the one that gives you the goose bumps and makes you go ‘ah, that’s it!’ But it is a really nice change right at the end of the song, and it gives it a feeling of finality.” 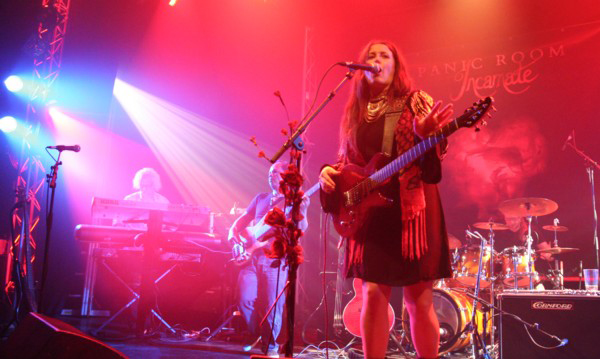 Other highlights on ‘Incarnate’ for the keyboard player include ‘Close The Door’ and the title track itself. “‘Close The Door’ is certainly one of my favourite songs on the album. It’s another of Anne-Marie’s songs and, for me, one of her best. The lyrics are very touching and there’s a sadness and a passion about it that I love. I’m also really happy with the piano playing on the recording – it was one of those special moments in the studio during these sessions where I improvised the part and felt that I couldn’t have done it any better. ‘Incarnate’ is another favourite and is a joy to play live – it’s really powerful, with that lovely Eastern vibe that we keep getting drawn to! ‘Dust’ we’ve already talked about, and that just had to be the album closer. And ‘All That We Are’ is the first time we’ve used a blues structure on a Panic Room song, aside from our reworking of ELP’s ‘Bitches Crystal’. It worked really well, and there’s a great vocal performance from Anne-Marie on that one too.”

Aside from the individual songs, one of the most noticeable things about the album is the way it not only hangs together, but in fact flows – the ten tracks all have their individuality, certainly, but taken together add up to so much more. (This strength is probably best demonstrated by the fact that at the band’s gig at the Komedia in Bath in June all but one of the album’s cuts – ‘Searching’ being the odd one out – made the live set.) Edwards agrees. “Although they’re individual songs, it’s also important that the album as a whole has a flow to it and feels satisfying as a listening experience. So it’s about writing and then selecting a group of songs that fit together. We always try to make albums that are interesting for ourselves and hopefully, by extension, for the listener as well. It’s satisfying to work on a song and develop it from a basic structure into a living breathing thing that develops as it plays out. So we do try to make music that bears repeated listening and has layers that may not be apparent at first, but emerge the more you listen. With any song there’s the basic chord structure and melodies, but it’s important too that elements in the music support the lyrics and the meaning of the songs. So nothing in the music is there unless it serves a purpose musically. Although this may sound like an intellectual process (and it is, to a degree) it’s largely an intuitive thing. It’s about listening as you’re creating and ‘feeling’ what’s right. And any work that’s gone into crafting the song should be invisible to the listener. The most important thing for us is that the music has an emotional dimension; it has to make us and our audience feel something.

“And, as I said, I do think our music stands up to repeated listening,” he continues, “and in fact requires it if you’re going to get everything out of it. Finding something new in a song I may have heard many times before is something that I get a lot of pleasure from in the music that I listen to. Generally speaking, music where everything is revealed on the surface doesn’t tend to retain my interest; there’s a lot to be said for hidden charms!” he laughs.

Incidentally, the title track ‘Incarnate’ has been nominated in the ‘Anthem’ category at this year’s PROG Awards sponsored by PROG magazine and Orange Amplification. Go to: http://awards.progmagazine.com/vote/anthem