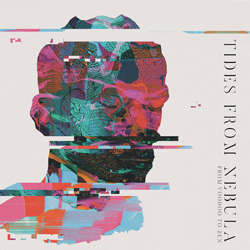 Blimey, this seems to come round quick ‘n’ quicker every year. Must be getting old, I guess... For the first time ever, as far as I can recall, my favourite album of the year is an instrumental: there was a major tussle between it and The Holeum’s ‘Sublime Emptiness’, but after repeated back-to-back plays of them both I gave the nod to Tides From Nebula’s ‘From Voodoo To Zen’. It was also interesting to see seven bands appearing in this year’s chart – Angel Witch, Diamond Head, Grim Reaper, Raven, Saxon, Tygers Of Pan Tang and Warrior – who I was listening to forty or so years ago. Anyway, you know the rules by now: no re-issues, no best ofs, no rehashes, just the best of the year’s new releases - in my opinion, anyway. So here’s the Top Five, plus the rest in alphabetical order: