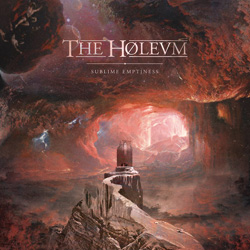 To misquote Shakespeare, some bands are born great, some bands achieve greatness and some bands have greatness thrust upon them. With the release of ‘Sublime Emptiness’ The Holeum will certainly find themselves in that last category, with greatness thrust upon them in abundance. Formed in 2014 by veterans of the Spanish metal scene, The Holeum apparently take their name from the dark matter that forms Black Holes in space. So far, so Brian Cox... But darkness is certainly the key here, and on ‘Sublime Emptiness’ the band export their vision of metal in a bleak, black soundscape, atmospheric yet desolate, with light and shade being key elements to their musical vision. 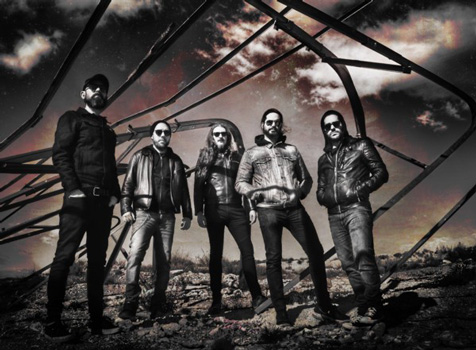 Six tracks evolve – mutate? – over forty-three minutes, each with its own character and delivered with such precision as to render comment almost superfluous. The songs are progressive, certainly, but there’s also elements of doom, ambient and black metal, all blended in perfect proportions. ‘Geometric Dance’ with its distinctive mid-section and innate, desolate beauty is perhaps the best example of this. Across the album, atop the riff-driven wall of sound created by the twin guitars of Luis Albadalejo and Julian Velasco and the devastating rhythm section of bass player Paco Porcel and drummer Miguel A. Fernández vocalist Pablo Egido makes his presence felt, delivering his lyrics in a manner not dissimilar to Nick Holmes, with brutality or beauty depending on the mood within the construct. Solos are tailored to interact majestically within their host songs, and just when you thought you’d heard it all, ‘Fractal Visions’ is punctuated by a trumpet solo: and what’s ever more bizarre is that it works beautifully, mournfully calling above the song’s transcendent refrain.

‘Sublime Emptiness’ – the band’s second album, by the way, following on from 2016’s ‘Negative Abyss’ – has a heart as black as night, but therein lies its splendour. There is hope, of course, but as Morgan Freeman uttered in The Shawshank Redemption, “hope is a dangerous thing.”