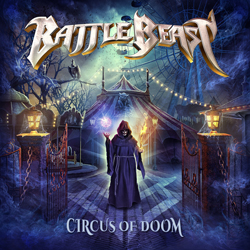 Cometh the hour, cometh the band...In these times of despondency and uncertainty the world needs a band like Battle Beast. No one would disagree that metal’s a broad church, but a lot of time the emphasis is either on the more downbeat side of things, or overstated displays of technical proficiency. Now six albums into their career, Battle Beast, on the other hand, have made a name for themselves by crafting hugely accessible symphonic metal songs designed to put a smile on your face and a bounce in your stride, and that’s certainly very much in evidence on the ten cuts that make up ‘Circus Of Doom’. That’s not to dismiss the lyrical content of their material: frontwoman Noora Louhimo has a lot to say, with songs like ‘Master Of Illusion’ alluding to self-advancement at the expense of other people and ‘Where Angels Fear To Fly’ lauding those who put others before themselves, and she’s not someone to pull her punches; but the material is so beautifully constructed and executed that the songs can carry the listener through even the darkest of days. 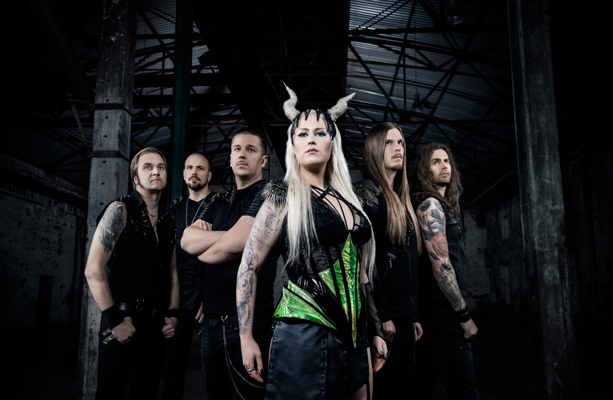 The band (guitarists Joona Björkroth and Juuso Soinio, keyboard player Janne Björkroth, bassist Eero Sipilä and drummer Pyry Vikki complete the line-up) know precisely when to push the pedal to the floor (‘Freedom’) and when to ease off the gas. Like Beast In Black, who share a sliver of the same DNA, Battle Beast seem keen to fly the flag for melody, hooks and damn good songs; and, joyful and uplifting as it is, ‘Circus Of Doom’ is at its core a hugely ambitious and exciting album. OK, so while ‘Wings Of Light’ and ‘Armageddon’ do stray a little into fellow Finns’ Nightwish territory – although that in itself is hardly a bad thing – ‘Russian Roulette’ with its quirky mid-section is the epitome of Euro metal while the adventurous title track could easily be the theme to a Bond film. Now, there’s a thought...