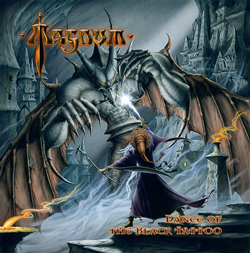 THIS WEEK I’M LISTENING TO... MAGNUM Dance Of The Black Tattoo (SPV)

Deriving its title from the majestic (and rare) live bonus track on the vinyl version of ‘Escape From The Shadow Garden’ – one of the many gems that shine brightly on this anthology – ‘Dance Of The Black Tattoo’ is the companion piece to 2017’s ‘The Valley Of Tears’. But whereas ‘The Valley...’ concentrated firmly on ballads, the fourteen cuts on offer here, presented either in a classy digipack or as a double LP in lurid magenta vinyl, highlight in general the livelier side of the band. 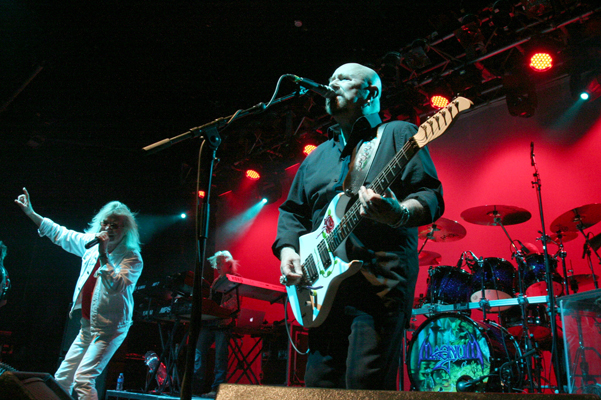 It’s worth pointing out from the off that despite the grandeur of the material there’s nothing new on offer on ‘Dance Of The Black Tattoo’ – Magnum completists will already have it all in some shape or form. But what you do get is a closet-clearing compilation of material which has previously appeared as bonus tracks on LPs, CDs and DVDs, pulled together in one place for the first time and lovingly remastered; and the songs selected for this release are not only rare, but they show just how innovative Tony Clarkin’s songwriting can be, ably illustrating why Magnum, whose first release appeared way back in 1975, are still a wholly exciting band to listen to nearly fifty years later. Half the tracks on offer showcase the band in the live arena: ‘Black Skies’, ‘Freedom Day’, ‘All My Bridges’ and the oldest cut on offer, ‘On A Storyteller’s Night’ are all taken from the DVD which accompanied the ‘Escape From The Shadow Garden’ CD, whereas as previously mentioned the title track (originally from ‘On The 13th Day’) first put in an appearance as a bonus track on the LP version of ‘Escape...’. Live renditions of ‘Your Dreams Won’t Die’ and ‘Twelve Men Wise And Just’ culled from the bonus CD which came with ‘Lost On The Road To Eternity’ complete the onstage material.

‘Phantom Of Paradise Circus’ and ‘No God Or Saviour’ are drawn from the DVD which accompanied 2015’s ‘Sacred Blood “Divine” Lies’ CD, while ‘Born To Be King’ dates back to the ‘Goodnight L.A.’ album. Four radio edits round things off, although these edited versions (‘On Christmas Day’, ‘Show Me Your Hands’, ‘Not Forgiven’ and ‘Madman Or Messiah’) just detract from the strength of their full-length counterparts. They may be uncommon, or at least not well known, but since when has a radio edit ever enhanced a song? Answers on a postcard, please...