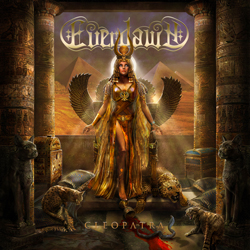 For a band’s ‘debut’ album, ‘Cleopatra’ has quite a chequered history. Its roots lie in New Jersey’s Midnight Eternal, a band originally formed by keyboard player Boris Zaks and guitarist/vocalist Richard Fischer who then invited drummer Daniel Prestup and bassist Mike LePond to join them on some demo sessions. Vocalist Raine Hilai was next on board, and with Greg Manning brought in to replace Mike LePond the project became a band. Midnight Eternal opened for Therion across the UK in 2018 and came across as an extremely good live act. Meanwhile, their 2016 self-titled debut album had clocked up some quite respectable reviews. So far, so metal... But during the demos for the band’s follow-up album Hilai was let go and Manning followed. With LePond back on bass and new vocalist Alina Gavrilenko (a trained opera singer who despite her tenders years has already clocked up a fair few bands and guest appearances) the quintet re-emerged with a new name – Everdawn – a more operatic approach, and an album named after Ancient Egypt’s most famous queen. 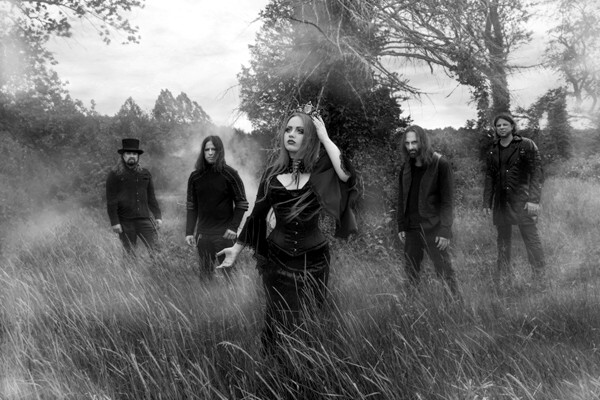 The rewards for perseverance are limitless, and the result of such a turbulent birthing is an impressive and really exciting album. With its striking cover art – just begging to front an LP, rather than just a CD – and immaculate delivery ‘Cleopatra’ is a grandiose collection of well-crafted material. Although it’s easy to bandy about tags and definitions, Everdawn’s approach to symphonic metal is more progressive than Midnight Eternal’s, and the album places a lot of emphasis on Big Songs with a Big Sound. As such, ‘Cleopatra’ offers up some huge aural dynamics, with jaw-dropping instrumentation, topped off by Ms Gavrilenko’s soaring soprano. Speaking personally, it did take me a while to get into the album: there’s a hell of a lot going on and, a couple of cuts aside, ‘Cleopatra’ demands an investment of time to appreciate just what the band have sculpted. I suppose early Nightwish would be an easy – lazy – point of comparison, or some latter-day Visions Of Atlantis, but in material like ‘Pariah’s Revenge’ (a great showcase for Ms Gavrilenko’s voice) or the epic ‘Heart Of A Lion’ with its frenetic soloing the band are certainly developing their own identity and will soon easily shrug off indolent comparisons. The short instrumental ‘Toledo 712 A.D.’ throws the spotlight on Fischer and Zaks – it would be good to see them stretch this out and have some fun with it onstage – and at the more commercial end, ‘Your Majesty Sadness’, which features a beautifully delivered duet courtesy of guest vocalist Thomas Vikström from Therion, is about as catchy as it’s possibly to get.