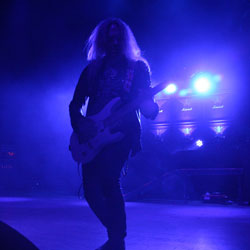 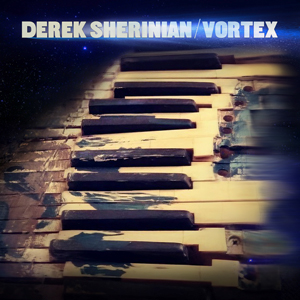 Probably one of the most under-rated talents around is DEREK SHERINIAN, a keyboard player and songwriter who is certainly well-respected amongst his peers – he’s been voted “Greatest Keyboardist Of The 21st Century”, and he came ninth in Prog Magazine’s ‘Greatest Keyboardist Ever’ poll – but who never seems to cop the plaudits that his capabilities deserve amongst the rank-and-file. ‘Vortex’ (InsideOut, 1 July) is his ninth solo album, and once again he’s ably supported by the gifted Tony Franklin on bass and partner-in-crime (and drummer extraordinaire) Simon Philipps, while a ‘who’s who’ of guitarists (Steve Stevens, Nuno Bettencourt, Joe Bonamassa, Steve Lukather, Michael Schenker, Zakk Wylde, Mike Stern and Bumblefoot) puts the icing on the cake. 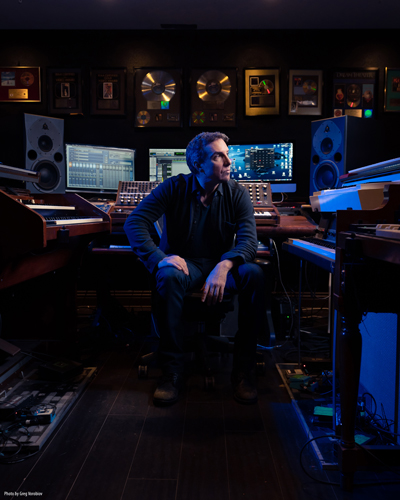 And although plaudits don’t mean anything without the songs, there’s no fears on that score as ‘Vortex’ is a truly exciting album which boasts eight extremely classy compositions. Without once compromising on consistency or identity, styles range across the spectrum, from the funky, Bettencourt-helmed ‘Fire Horse’ to the traditional metal work-out ‘Die Kobra’ (which primarily features Schenker and revels in an ‘Into The Arena’ swagger) via the jazztastic ‘Nomad’s Land’. The sprightly de facto title track ‘The Vortex’ is pure joy in itself, and the eleven-minute ‘Aurora Australis’ rounds things off. 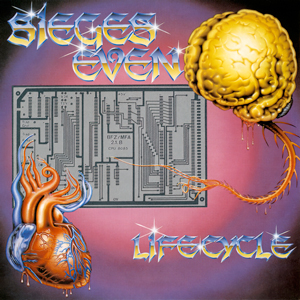 An exciting band which just oozed talent from the off, Munich’s SIEGES EVEN can be traced back to 1982 when bassist Oliver Holzwarth and guitarist Markus Steffen began working under the name Sodom. Obviously this moniker was soon kicked into touch and by 1985 Sieges Even (now also featuring Oliver’s brother Alex on drums and vocalist Franz Herde) were up and running. 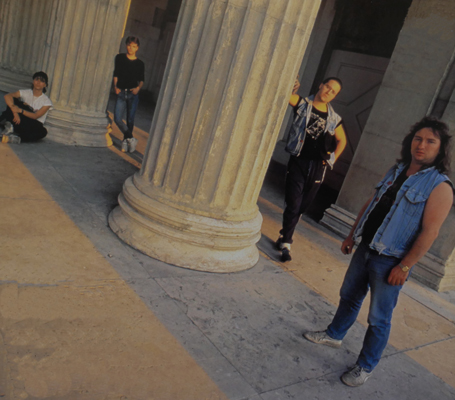 Probably best known as a progressive metal band their 1988 debut ‘Life Cycle’ (Golden Core, out now) which originally appeared on Steamhammer/SPV shows the band emerging from the technical progressive thrash side of things. Rapid-fire time changes and staccato bursts of energy puncturing frenetic riffing, topped off with Herde’s Geoff Tate-like vocals, showed that the likes of ‘Apocalyptic Disposition’ and ‘Straggler From Atlantis’ were the work of a band not easily pigeon-holed: sticking Megadeth and Dream Theater into a blender though wouldn’t be too far off the mark as a point of reference. Over time other influences repositioned the band more squarely into the progressive metal arena and with a rocky history behind them Sieges Even finally split thirty years after releasing their debut, closing their account with their excellent sole live album ‘Playgrounds’. 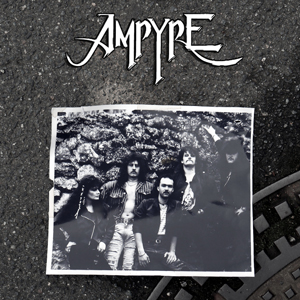 AMPYRE, a five-piece melodic metal band from Stuttgart, released just one EP in their short life. Coming across as an accessible rock act in the vein of Saraya, and sounding gloriously Eighties, the self-titled five-tracker was produced by the band in 1991 as a high-class demo and was shopped around for a deal. By this time though the music world was changing and with grunge beginning to dominate the column inches female-fronted bands delivering chic ‘n’ commercial material were no longer of interest to record company executives. Which is a great shame as the music and performances are from the top drawer, and if this is a demo it’s interesting to think what the band – vocalist Elke Grötzinger, brothers Andreas and Matthias Pfisterer (guitars and keybords respectively), bassist Ricahrd Mavro and drummer Chio Mulé – could have come up with on a bigger budget. 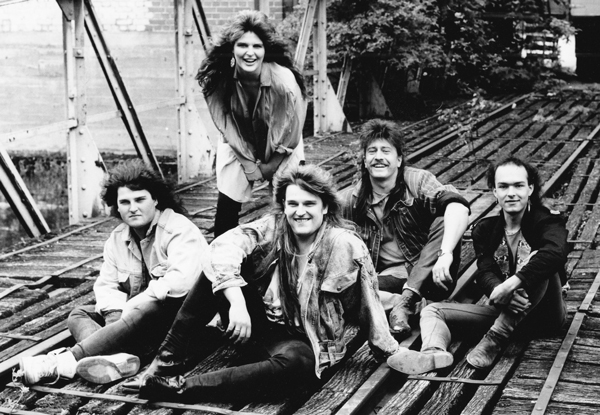 The production is slick, the songs well-constructed, and while all five tracks have their attractions it’s ‘Fantastic’, an anthemic mid-paced rocker with some great guitar work, that stands out. ‘Ampyre’ is now available once more (Golden Core, 13 May), but only as a limited edition vinyl pressing, so move quickly if you want a copy.... 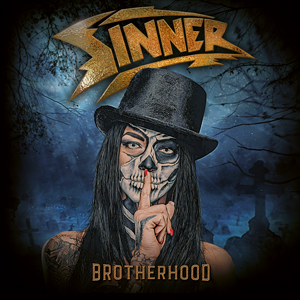 A weapon is cocked and, bang!, SINNER launch into ‘Bulletproof’, the fists-in-the-air opening track of their eighteenth album. Although ‘Brotherhood’ (Atomic Fire, 15 July) sees bassist/vocalist Mat Sinner and his bandmates Tom Naumann (guitars), Alex Scholpp (guitars) and Markus Kullmann (drums) treading fairly familiar ground they are a remarkably consistent outfit and do what they do extremely well: there’s little doubting the passion and sincerity with which they deliver the likes of the relentless ‘Refuse To Surrender’ and the more frenetic ‘The Man They Couldn’t Hang’. 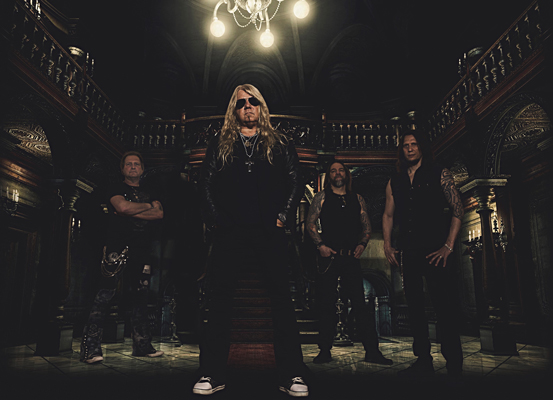 Albums like this testify to the fact that traditional metal is still in safe hands – as you’d expect from a band that’s been producing top-notch albums for forty years. The songs are heavy yet accessible, the riffs fly out like fists of fury, and you can almost feel the fun Naumann – a band veteran of thirty-five years – and Schlopp have trading solos in ‘Reach Out’. A rollcall of guests (including Ralf Scheepers, Tom Englund and Ronnie Romero) help bring the album to the boil and physical copies carry a bonus track, a cover of The Killers’ ‘When We Were Young’.