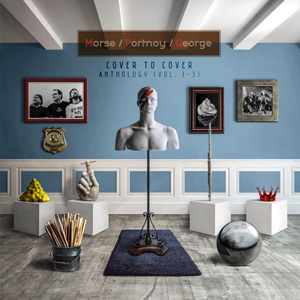 There are two options regarding the latest album from MORSE / PORTNOY / GEORGE, ‘Cov3r To Cov3r’ (InsideOut 24 July). The latest covers’ album to feature Mike Portnoy (following on from his work with BPMD and their ‘American Made’ album, released last month), crafted With Neal Morse and Randy George, includes cuts by the likes of David Bowie, Jethro Tull, King Crimson, Squeeze and Lenny Kravitz and is available either as a CD, double LP or download. Alternatively, you can buy it as part of a three CD set which features its predecessors (‘Cover To Cover’ and ‘Cover 2 Cover’, naturally) and which gives you a stonking thirty-six eclectic re-workings, throwing songs from artists as diverse as Elvis Costello, Cream, Joe Jackson, The Monkees and The Bee Gees into the mix. It is, obviously, about as metal as a wooden spoon, but that’s not the point. It’s an extremely well-played and well-presented body of work, with some songs played pretty straight but others more, well, MPG’d, and unless you’re one of those curmudgeonly types who doesn’t like covers’ albums it’s a very pleasurable collection to listen to. Personal top tip from ‘Cov3r To Cov3r’ would be their version of ‘Baker Street’ with its incredibly exciting closing guitar solo. If you go for the anthology, The ‘I’m Free’ / ‘Sparks’ coupling from the first outing and ‘Crazy Horses’ from the second take some beating. 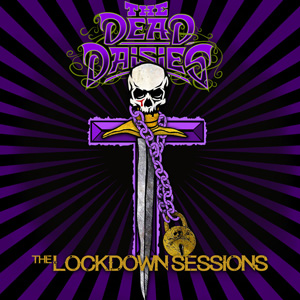 Glenn Hughes probably couldn’t have hooked up with THE DEAD DAISIES at a worse time, with Covid-19 throwing every musician’s plans into utter chaos. You can’t keep a good band down though and TDD have issued a stopgap acoustic EP ‘The Lockdown Sessions’ (SPV, 17 July) as a download-only release. Two new songs ‘Unspoken’ and ‘Righteous Days’ (premiered last year in its full-on splendour) together with a cover of Humble Pie’s ’30 Days In the Hole’, feature on the EP, in stripped-down, acoustic form, exclusive to this release; the full pumped-up and ready-to-roll versions will all feature on the upcoming album ‘Holy Ground’ set for release in January. A live version of ‘Fortunate Son’ is also included on ‘The Lockdown Sessions’, with drummer Deen Castronovo taking the lead vocals. 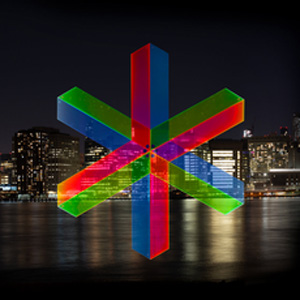 Australian instrumental (with occasional vocals) post-rock trio SLEEPMAKESWAVES are back with a new release. Following their 2017 outing ‘Made Of Breath Only’, entitled ‘these are not your dreams’ (independent release, 17 July) – although things aren’t quite that simple. If you want a CD, then ‘these are not your dreams’ offers up twelve interesting and deep compositions, but for collectors and vinyl enthusiasts the band will then be splitting the music over three EPs – ‘No Safe Place’, ‘Out Of Hours’ and ‘Not An Exit’ – issued one at a time over subsequent months. I’m not sure how the tracks break down over the individual releases but certainly the sprawling ‘The Endings That We Write’ is a stunning and powerful composition which to my mind characterises beautifully what Alex Wilson, Otto Wicks-Green and Tim Adderley are aiming to achieve, and which and is pretty much worth the purchase price alone. For more information on the ‘these are not your dreams’ project (and possibly to treat yourself) take a look at their Bandcamp page: https://sleepmakeswaves.bandcamp.com/ 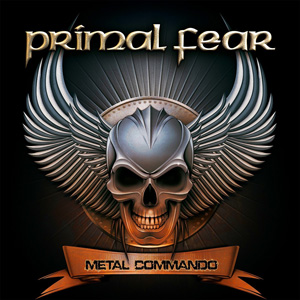 “I’ve been fighting my whole damn life...” snarls Ralf Scheepers in the opening line of ‘The Lost & The Forgotten’, as we leap from the sublime to the ridiculously heavy. Unveiling their thirteenth album ‘Metal Commando’ (Nuclear Blast, 24 July) PRIMAL FEAR ably demonstrate why, twenty-three years down the line since their self-titled debut, they’re still masters of their game with no intentions of passing their crown to any young pretenders just yet. Clocking in at just shy of an hour, with the running time dominated by the epic thirteen-minute closer ‘Infinity’, ‘Metal Commando’ is an exceptionally exciting album, sharp as nails and fast as a shark. OK, so the ballad ‘I Will Be Gone’ is a bit soppy, but it’s the only respite on a full-frontal metal assault on which ‘The Lost & The Forgotten’, with its hacking riff and bull-nosed aggression, is just one of many standout tracks: lining up alongside it come the finger-knotting ‘Afterlife’ and kick-ass opener ‘I Am Alive’. There’s no such thing as a bad Primal Fear album, but excellence comes in degrees and this time around Scheepers and his bandmates Mat Sinner, Tom Naumann, Alex Beyrodt, Magnus Karlsson and new drummer Michael Ehré have pulled out all the stops and prove, once again, that metal is forever. Pick up the digipack version with four bonus tracks.