Although the pandemic’s been pretty much a disaster for everyone, A&R guy, drummer and chief cook and bottle-washer Neudi and his colleagues at Golden Core Records seem to have spent all their time chasing down interesting artefacts from the past. Not content with putting out exciting new albums from the likes of reformed NWOBHM acts Rhabstallion and Warrior, the label has been doing a really good job of re-issuing lost gems from the Seventies and Eighties, providing a valuable service to musicquarians and the curious alike. As such, it seemed like a good idea to round up a handful of their recent releases. 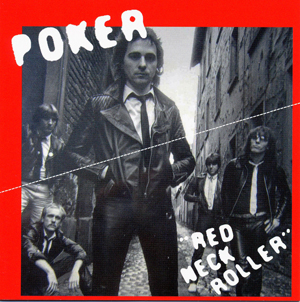 Based in the Mannheim area, Germany’s POKER came into being following the demise of Kin Ping Meh in the latter part of the Seventies. ‘Red Neck Roller’, released in 1981 on SL Records and out of print for many years, was their only album, and is quite a diverse – or unfocussed, depending on your point of view – slab of turn-of-the-decade hard rock. Although a number of tracks feature intros which do sound familiar, album opener ‘No Compromise’ is a nippy little number, ‘Long Way To The Top’ a tidy little boogie shuffle, and the title track with its Nazareth swagger in particular is excellent. Poker started working on demos for their follow-up album (some of which are presented as bonus tracks) but the band hit the buffers before they could bring another release to fruition, which is a shame as these songs show that they were beginning to develop their own identity: check out the guitar work in ‘Nothing To Loose’ [sic]. Meanwhile, there’s a tenuous link to the NWOBHM, as vocalist Michael Pozz and drummer Hans Jürgen Astor would later become (short-lived) members of Tokyo Blade by backing Andy Boulton on the Blade’s 1989 ‘No Remorse’ album. 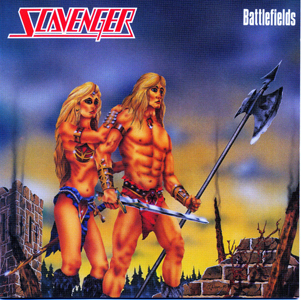 One of the fun things I miss from the early Eighties was collecting albums released by Mausoleum or Ebony. Generally featuring terrible covers they tended to lurk in bargain bins, yet a leap of faith could result in the discovery of something special. I don’t however recall coming across SCAVENGER, a Belgian five-piece who came into being (as Deep Throat) in 1980 and whose sole LP ‘Battlefields’ was released by Mausoleum in September 1985. Heavily influenced by the NWOBHM, ‘Battlefields’ is a tough and exciting slab of metal, and the frenetic ‘Battlefield’ itself is pretty much worth the price of the album alone. The original thirty-two minute record has been augmented by the addition of an earlier demo (when the band still laboured under the Deep Throat name) and some live cuts from 1984. The band has recently been rebooted with a female singer, although with the passing of time the current line-up now features none of the original members. 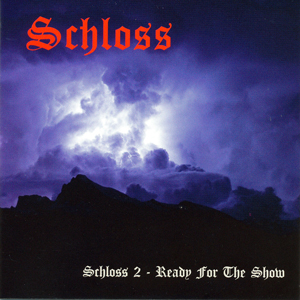 SCHLOSS gave the guys at Golden Core a bit of a headache. ‘Ready For The Show’ was the German quartet’s second album and was released in 1981, some six years after their self-titled debut (also known as ‘Weltschmerz’) appeared in the shops; and the line-up was Andreas Schimpff and Rainer Reinecke (guitars and vocals), Roger Kaeschner (bass and vocals) and Willy Waid (drums). And that’s about it in terms of detail: after that the trail ran cold. Musically, ‘Ready For The Show’ serves up nine poppy, boogie-based band compositions and is rounded out with a sprightly cover of perennial favourite ‘Nutbush City Limits’. On record the band are quite lightweight, and with its roots firmly in the Seventies ‘Ready For The Show’ is definitely rock rather than metal. That said, the guitar work in ‘Steal Your Heart’ is exquisite, even if some of the lyrics are questionable. 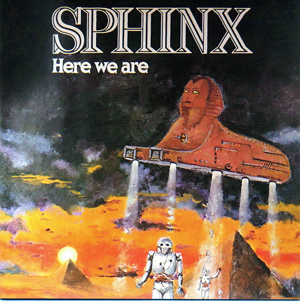 A contender for the worst cover ever created, the original version of the sleeve of ‘Here We Are’ boasted the bizarre by-line ‘rock made in Italy’; and although some of the six musicians that made up SPHINX did have Italian parentage the band’s home town was Stuttgart. Formed in 1977, and featuring Tommy Metzger – later know as Tommy Newton of Victory, amongst others – the band come across a bit like Uriah Heep in some of their poppier moments, or could even at times be the template for The Night Flight Orchestra. Lush and intricate, ‘Here We Are’ was recorded at the tail end of 1980 and released the following year, but the keyboard-heavy opus unfortunately didn’t set the world alight: a shame, as it’s a really interesting album, beautifully played and featuring some really gorgeous harmony vocals. It was given a second bite of the cherry in 1985 when Mausoleum re-issued it, re-jigging the running order, changing the title to ‘Burning Lights’ and giving it a better cover – and it’s not often you can say that about Mausoleum!

Not really progressive metal, but a tad too metal for progressive rock, ‘Steven’ was German band REQUIEM’s sole album, although is often erroneously listed as ‘Requiem’ by Steven. The four-piece came together in 1978, and ‘Steven’ appeared two years later. As a (very) loose point of reference, the album is in roughly the same ballpark as the likes of Shiva’s or Limelight’s offerings from the early 1980s, or some of Styx’s more adventurous early offerings, with a slice of Krautrock bubbling in the mix. When it’s not veering into Supertramp territory, ‘Listen Boy’ is a clever, atmospheric piece, the staccato passage in ‘Crystal Ball’ gets me every time and the guitar solo in closer ‘It’s Hard To Imagine’ is a really well played indeed. 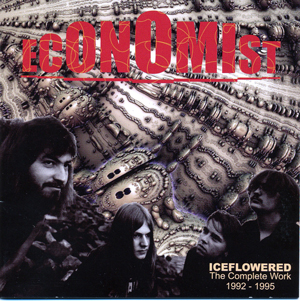 Fast-forwarding to the Nineties... ECONOMIST grew out of the ashes of German thrash band Sudden Darkness, and decided on a more mainstream metal approach to making music. As the title suggests, the double CD ‘Iceflowered – The Complete Work 1992-1995’ features their 1994 album ‘New Built Ghetto Status’ together with its unreleased follow-up ‘Mind Movies’ and a number of demo and bonus tracks. Songs like ‘Flowing Thoughts’ display a thoughtful, expansive approach to the genre, showing that the four-piece were looking to mix their influences in order to broaden the horizons of metal as they saw it. And although the material is heavy, and the drummer – a guy called Neudi: wonder whatever happened to him! – refuses to be stifled by convention, the songs are also very accessible. The unreleased second album in particular bristles with excitement and displays quite clearly the style of the time, and you have to wonder why Massacre Records didn’t run with it. That’s record companies for you...