Just four this month - it's been a bit of a rush as I've been working on a set of eight vinyl re-issues from The Rods' back catalogue for High Roller Records. But quality is always better than quantity... 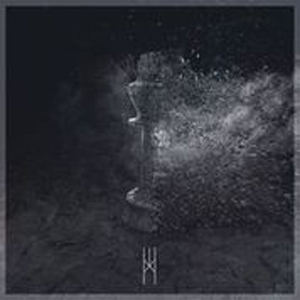 Not to be confused with The Crown, whose ‘Royal Destroyers’ album came out on Metal Blade in March, or indeed the TV series about an affluent but madly dysfunctional family, CROWN are an industrial duo from France with a couple of (slightly different) albums to their name and, currently, a full-on industrial attack in their arsenal. Their third album ‘The End Of All Things’ (Pelagic Records, 16 April) sees founder member Stéphane Azam and David Husser exploring a deep, dark well of abnormally catchy industrial beats, and despite the barrenness and uncompromising darkness of some of the material there are still subtleties to be found across the album’s ten cuts. It’s a grandiloquent and strident offering, pounding and remorseless, and final track ‘Utopia’ (featuring guest vocalist Karin Parks from Årabrot) brings the album to a close in a spectacularly captivating manner. 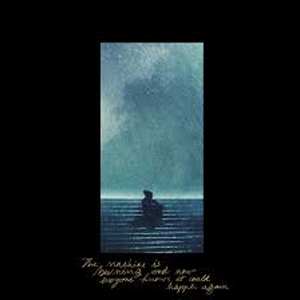 Also from France come BRUIT whose debut album ‘The Machine Is Burning And Now Everyone Knows It Could Happen Again’ (digital release 2 April; vinyl to follow on Elusive Sound) sees the quartet morph from a studio experiment into a fully-fledged band. Aside from brief spoken word passages which occur from time to time the album is wholly instrumental and features just four tracks. Nothing clocks in at under eight minutes as, according to the band “we prefer long formats because we consider that our modern society disconnects us from our biological and natural rhythm. We think that music should be a medium of re-appropriation of our given time.” Indeed. But it’s a beautifully crafted set of compositions, atmospheric and lush, and is the sort of album which envelops rather than confronts the listener. No point just dipping in, though: ‘The Machine Is Burning...’ has to be played in its entirety to fully understand and appreciate its splendour and eloquence. 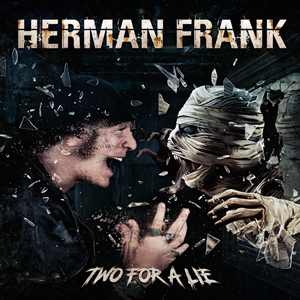 From the sublime to the full-frontal, HERMAN FRANK’s latest album ‘Two For A Lie’ (AFM, 21 May) – his fifth under his own name – finds the veteran German guitarist in an uncompromising mood and is a glorious testament to his tenacity. ‘Two For A Lie’ is a ten-track juggernaut, delivering forty-two minutes of magnificently old-school heads-down balls to the wall classic metal. Whoever coined the phrase ‘all killer no filler’ must have had a premonition that this album was coming, because Frank and his partners-in-metal, old hands Rick Altzi (vocals) and Michael ‘Mülli’ Müller (bass) and newbies Mike Pesin (guitars) and Kevin Kott (drums), have struck gold with an album which is pretty much perfect across the board. It’s hard to pick favourites when it’s all pedigree and no pup, but ‘Liar’, ‘Danger’ and opener ‘Teutonic Order’ all take some beating. ‘Two For A Lie’ is a truly great album, and must surely figure highly when the end-of-year charts start to be compiled. 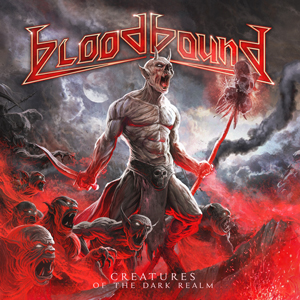 BLOODBOUND opened their account back in 2005 with ‘Nosferatu’ and have followed it up with unerring consistency. ‘Creatures Of The Dark Realm’ (AFM, 28 May), their ninth studio album, sees the Swedish six-piece once again powermetal their way through forty-five minutes – twelve songs – of raging riffs and catchy choruses, topped off with enough blazing solos and keyboard swirls to put a smile on the face of the most miserable metal fan on Earth. It’s an amazingly full-on album – there’s not a moment of wasted space, and the band offer little time for fans to catch their breath – if a bit one-dimensional at times. But it is what it is, and there’s no debate that the band (vocalist Patrik J. Selleby, guitarists Tomas Olsson and Henrik Olsson, bassist Anders Broman, keyboard player Fredrik Bergh and drummer Daniel Sjögren) know how to write songs overflowing with both melody and passion. Masters of their craft, Bloodbound are a bit like Powerwolf on steroids. Can that be a bad thing?