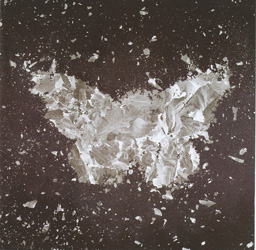 Coming at things from an incisive and instinctive prog rock angle, Dawn are as Swiss as cuckoo clocks and equally as precise. Despite coming together way back in 1996 the quartet didn’t open their account until the release of ‘Loneliness’ back in 2007, after which things went quiet again. Line-up changes and a few other hiccups had to be ironed out before ‘Darker’ was finally recorded last year, and as it bears The Laser’s Edge seal of approval (as well as a striking cover) you can be assured that René Degoumois (vocals/guitars), Nicolas Gerber (keyboards), Julien Vuataz (bass) and Manu Linder (drums) have come up with an album of some pedigree.

The biography draws attention to the likes of Caravan and Van Der Graaf Generator, although – and it’s not strictly my territory, I’ll freely admit – to my mind it sounds more akin to early Marillion, especially the more bouncy ‘Out Of Control’ which does sound at first like it’s taken a page or two out of the ‘Garden Party’ songbook. Songs tend to ebb and flow, stretching out unhurriedly and slowly layering guitars on keyboards on guitars on keyboards, growing like trees from small acorns to mighty oaks. The title track is a prime example, taking almost eleven minutes to sedately reach its climax, all the while allowing the musicians to demonstrate their versatility without sacrificing the song to the solos.

In general, it’s not a happy album to listen to lyrically, with songs seemingly about isolation and fear; and although the short (in relative terms) instrumental ‘Lullabies For Gutterflies’ does give some degree of respite it opens the door for ‘8945’, a chilling twenty-minute deliberation on the fate of the city of Nagasaki (if you read dates the American way the clue’s in the title) which ended the Second World War. But – like the rest of the album – it demands your attention, and therein lies the magic: ‘Darker’ demands to be heard, and the more you listen, the more you’ll hear.