Not a band to be pigeon-holed, Spanish four-piece Toundra have followed up 2018’s ‘Vortex’ with ‘Das Cabinet Des Dr Caligari’. Taking their lead from director Robert Wiene’s 1920 bleak, post-war silent horror film about a mysterious doctor and his somnambulist slave, Toundra’s sixth album is an audacious attempt to create a whole new soundtrack to the film. In doing so the band – guitarists David Paños ‘Macón’ and Esteban Girón, bassist and synth player Alberto Tocados, and drummer Alex Pérez – have recreated their own presentation of this bizarre and troubling film, capturing the way it ebbs and flows, and catching in their music its crushing horror and innate beauty.

Following the short, introductory ‘Titelsequenz’ the wholly instrumental album is split into six ‘Akts’ – not one of which is less than ten minutes long – and takes you on a journey through the film with passages that are often extensive and hypnotically repetitive before a crashing chord sequence or sudden increase in power jars you back to reality. Expressive and expansive, it’s a beautifully composed and exquisitely executed body of work, not a million miles from the work of, for example, Frames or Tides From Nebula. It’s not metal in the sense that you can leap around the room to it, but it is metal in atmosphere and intent, in power and passion, and there’s no doubting the intensity which the musicians invoke. In fact, the album is nothing short of a masterpiece. 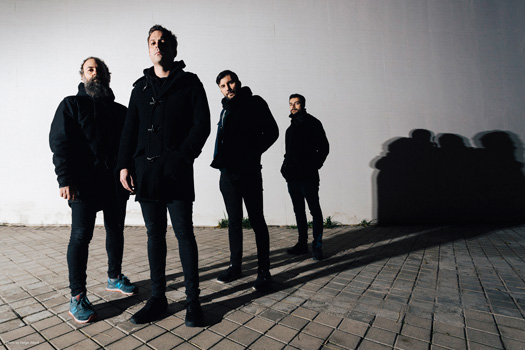 ‘Das Cabinet Des Dr Caligari’ was premièred in Berlin on 26 February 1920, and it’s no co-incidence that Toundra’s tribute to it will be released on 28 February, almost a century to the day since Wiene’s most famous work was first introduced to the world. And the album clocks in at just less than 73 minutes, the same length as the Spanish DVD. Perfection in every sense of the word.