It never fails to amaze me how some bands remain 'cult' when they are almost without equal. Originally formed by guitarist Thor-Axel Eriksen in 2007 as Beyond Flames, by the following year the band had morphed into Mindtech, and their latest release ‘Omnipresence’ follows in the wake of 2016’s five-track ‘Edge Of The World’ EP (reviewing which I noted that the band are “the best kept progressive metal secret on the planet”) and is Mindtech’s second full album after 2013’s ‘Elements Of Warfare’. So, as you can tell, they don’t exactly bang ’em out – being a fan of this band does teach you patience! – but when Mindtech do release something you can be safe in the knowledge that it’ll be well worth investigating. And so it is with ‘Omnipresence’, as Mindtech’s latest offering is an eight-track, forty-two minute juggernaut that maintains their exceptionally high standards while being immensely accessible and extremely sophisticated. 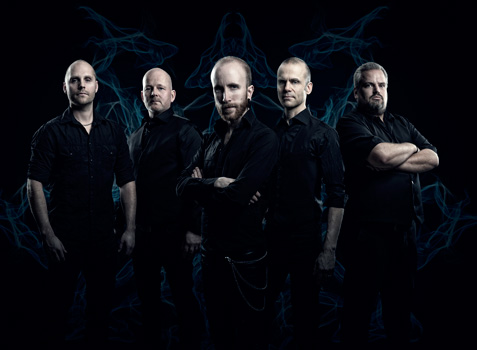 Combining aggression and melody in perfect harmony, Mindtech – featuring vocalist Mathias Molund Indergård, guitarist Marius G. Belseth, bassist Ola Øverli and drummer Ole Devold alongside Eriksen – have once again delivered a body of work which, as you might expect from a band of this calibre, features top quality compositions, beautifully written and superbly projected. There are no weak links, there are no fillers: just a swathe of classic, ambitious progressive metal songs which range from the sublime (‘These Are The Days’, for example, and ‘The Lotus Eyed’) to the pugilistic – opener ‘The Big Question’ being an aggressive slugfest which raises a sweat.

Pulling one highlight out of such a treasure chest is no easy task, although ‘The Journey’ with its hypnotic refrain, classy guitar work and lush vocals from Indergård – a singer of no mean talent – is certainly one of the album’s more magical components. But ‘Omnipresence’ is an album to be listened to from end to end. You can dip in casually, certainly, and in doing so you’ll certainly enjoy what you hear. But the whole is much, much bigger than the sum of the parts and if you allow the band to take you on the full forty-plus minute ride you’ll discover so much more as the album reveals its many secrets. Trust me on this.