Hailing from Hungary, and nestling amongst the impressive roster that the country’s Nail Records boasts, Leecher add an imposing twist to the symphonic metal genre. For those in the cheap seats who want a quick ‘n’ easy point of reference, this is Apocalyptica with female vocals. And to be fair, given that the Finns did popularise the use of cellos to make metal almost twenty years ago, they will probably always be the scene’s most famous faces. But where one treads, others are bound to follow, and there’s much more to Leecher than just a reboot of the same old, same old. Trust me on this. 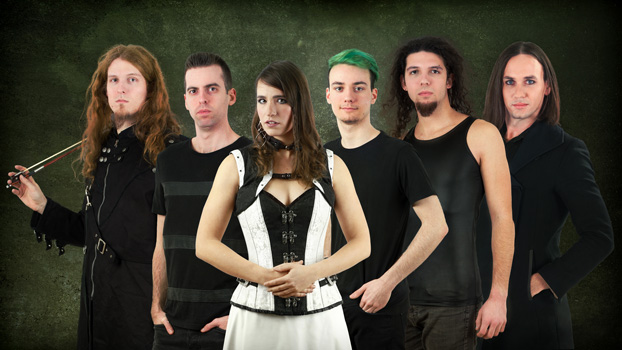 With a charisma and maturity way beyond just two albums – ‘Deviant’ following on from their 2016 debut ‘Sightless’ – Leecher’s core strengths are a clutch of beautifully constructed songs and the enchanting interplay between instruments and voice. The set-up is three cellos, played by Ádám Nagy, Barabás Bótyik and Dávid Benei, drummer Dávid Tamási and vocalist Anett Horváth (with Ábel Libisch adding to the songwriting), and for those who frown at the thought of there not being a Flying V in sight, the album soon envelops you in its magnificent sound and quickly banishes all thought of the need for six strings and endless guitar solos. Songs like ‘Messengers Of Fear’ and the Delain-tinged ‘Get Over It’ are as heavy as anything rolled out through a Marshall stack (and equally as exciting), the melancholic ‘Cassandra’ is a great vehicle for Ms Horváth’s talents, and the grandiose ‘Lake Of Contradiction’ puts the whole band through their paces in an assault course-style work-out.

Leecher are on tour with Visions Of Atlantis in April, and I’d suggest that they’d be well worth checking out.