Eye-catchingly packaged and incredibly diverse, Blind Ego’s fourth studio album is both a visual and aural feast. The side project of RPWL’s Kalle Wallner, Blind Ego have been around since 2007 when the guitarist unveiled his solo vehicle with ‘Mirror’, and since then each subsequent release has revealed a marked progression. ‘Preaching To The Converted’ is possibly the ultimate conclusion of this evolution, and is a beautifully crafted and finely executed body of work, rich in texture and drenched in melody and hooks. It serves up nine songs, all of which fit loosely within the sphere of progressive metal but which all display a rich multiplicity of styles and approach: there is a very obvious cohesion to ‘Preaching To The Choir’ as a whole, yet no two songs are the same – although melodic and catchy choruses, a distinctive accessibility to the material, and a lavish sound, courtesy of Wallner’s adroit production, are common traits. 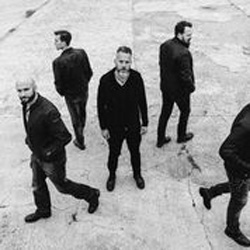 At the centre of this hugely exciting album lies Wallner’s exquisite guitar work. A musician of no mean virtuosity, his innate feel for the soul of each song generates a flurry of pedal-to-the-metal power and sublime soloing. Meanwhile, front and centre, in Scott Balaban Wallner has recruited an incredibly talented vocalist, the perfect singer to deliver the album’s material. With not a filler in sight there are many highlights to choose from as the album plays itself out, but the six-minute title track and the punchy but fluid ‘In Exile’ pretty much make the album worth the price alone, both demonstrating a maturity in composition and execution; and despite its initial seemingly low-key approach ‘Massive’ makes for an attention-grabbing opener. Give this album a few plays and you’ll be humming it for weeks...