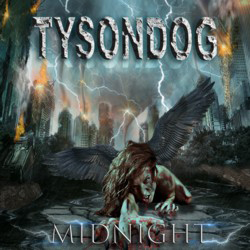 THIS WEEK I’M LISTENING TO...TYSONDOG Midnight (From The Vaults)

If Tysondog had a failing back in the Eighties, it was that they just came too damn late to the party. Unashamedly brash and unquestionably British, the band starting making their mark just as the NWOBHM started to wane and such qualities seemed almost unfashionable. By the time their debut LP ‘Beware Of The Dog’ appeared in 1984 metal was already fracturing into soft and commercial or ultra-heavy (but preferably American either way), leaving bands that played traditional metal out in the cold, as the spot-changing Judas Priest once said. Criminal as it might sound, and good as they were, Tysondog were overlooked. Two great albums came and went (‘Crimes Of Insanity’ had followed in 1986), and then the kennel beckoned for nigh-on thirty years. Still, what goes around comes around, and since reforming the band have found these core attributes to be the foundation of a loyal and vociferous fanbase.

A long overdue third album ‘Cry Havoc’ appeared in April 2015 to great reviews and showed that the band still had a great deal to offer. The intervening years had done little to blunt their teeth and I wrote at the time that this was not the beginning of the end, but the end of the beginning. Well, things may take longer these days, with jobs and real life getting in the way, but the bitch is back once more with their fourth album (and their best yet), ‘Midnight’. 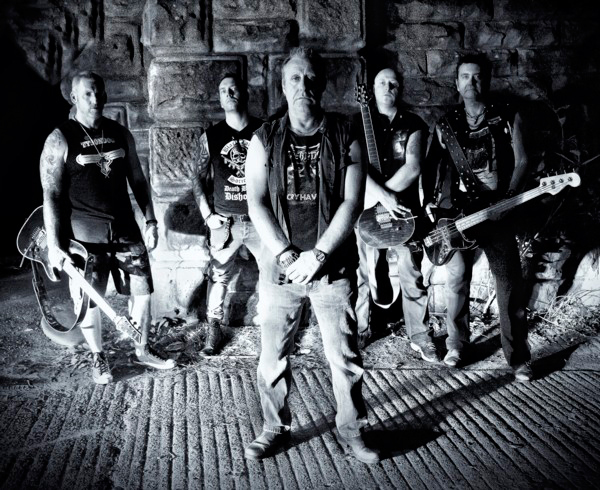 From the off it’s clear that this ‘Dog’s bark and bite are equally fearsome. The team that brought you ‘Cry Havoc’ – John ‘Clutch Carruthers’ (vocals), Kev Wynn (bass), Paul Burdis and Stevie Morrison (guitar) and Phil Brewis – have obviously set their sights on creating an album destined to stand the test of time by coming up with nine, punchy, no-nonsense neck-breakers. Taking the oft-quoted adage about opening with an earthquake and building up to a climax to heart, Tysondog kick things off with ‘Battalion’, a lengthy, in-your-face statement of intent and a hugely laudable addition to the pantheon of traditional metal classics. But before you go thinking that ‘Midnight’ is old-fashioned and/or old-school and belongs firmly in the Eighties, it’s worth pointing out that the band have mixed their traditional influences with more nuanced contemporary stimuli – check out ‘Hellbound’, for example, which could easily be covered by Rammstein – which has resulted in a solid yet diverse album boasting a thrilling balance of melody and muscle. From the bruising ‘Defiant’ to the plaintive melancholia of ‘Paper Cuts’ (which takes the band almost into early Queensrÿche territory) ‘Midnight’ shows that today’s Tysondog lacks none of its pedigree. This is a truly great album, and one which exemplifies the tenacity of the musicians and their desire to make demonstrably exciting albums. One for metal lovers everywhere. 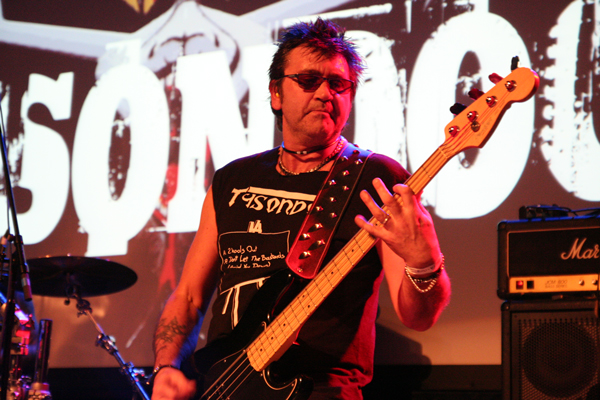