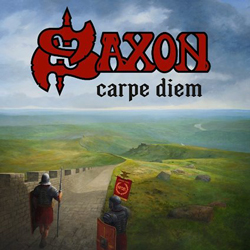 If anyone ever wanted to write a paper on the trials and tribulations of keeping a band together, Saxon would be the ideal case study. In a career that’s spanned almost fifty years there have been highs and lows, massive success and wilderness years, acrimonious departures and lawsuits, ill-health, dodgy wardrobes and well-intentioned disasters (the Harvey Goldsmith episode); but the one irrefutable fact is that Saxon have weathered the slings and arrows of outrageous fortune and in doing so have not only become one of the truly great bands of the genre, but also have now moved into the ‘band of the people’ void left by the demise of Motörhead (ironically, the group that gave them their biggest break of all by inviting them to open on the ‘Bomber’ tour back in the final weeks of 1979). 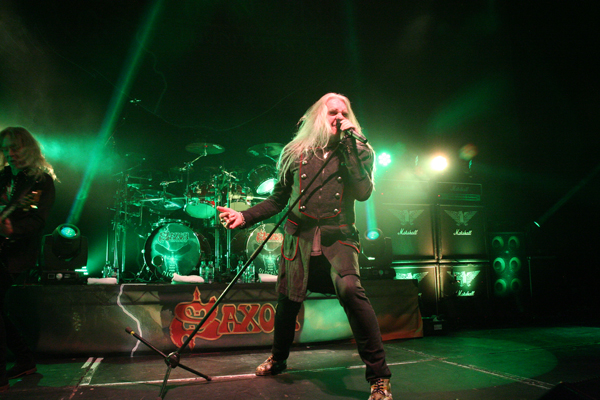 That said, there’s no enigma to Saxon, no great riddle... The Biff Byford / Paul Quinn / Doug Scarratt / Nibbs Carter / Nigel Glockler line-up has now between together (off and on) since 1994 and appear to work almost intuitively, and with ‘Carpe Diem’ they effortlessly continue the lineage of great albums which began back when the original (but now relatively short-lived) incarnation released their self-titled debut forty-three years ago. To be fair, the band’s twenty-third studio album offers up no great surprises as such, but consistency is the watchword here: great songs, impressive musicianship, fabulous solos and interesting lyrics as frontman Byford, as is the norm, dips deep into his imagination to draw on history (the romping ‘Dambusters’, ‘Age Of Steam’ and the title track, for example), contemporary issues (Covid 19 unnamed but omnipresent in ‘Remember The Fallen), fantasy and being a fan... It’s all there, beautifully delivered with a neat balance of melody and muscle. I’ve got to admit I’m a sucker for the solo in ‘Super Nova’ and the grinding menace of the spectral ‘Lady In Gray’; while, later in the running order, ‘All For One’, with its joint soloing, and ‘Living On The Limit’ up the tempo considerably as the album runs to a close, and the heavy riffing of ‘Black Is The Night’ with its unexpected time change wraps things up with a degree of panache. 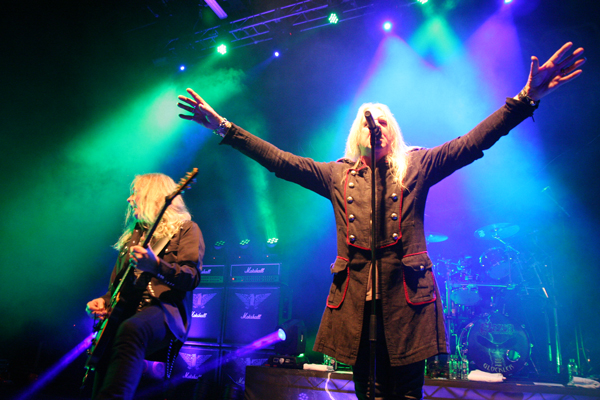 The only real complaint is that the cover, seemingly lifted from the ‘Janet & John Guide To Roman Britain’, doesn’t really do the contents justice. A minor gripe though, given the quality of the music therein. In the album’s PR, Byford refers to the album as “intense,”, and he’s not kidding.