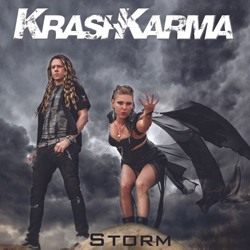 ‘Storm’ is a new / old release from KrashKarma, the creative name given to the pairing of Los Angeles duo Niki Skistimas (vocals and drums) and Ralf Dietel (vocals and guitars). Cooks will know that if you make a sauce then keep it on the heat and reduce it you end up with less in quantity but a more concentrated flavour, and it’s pretty much the same with KrashKarma – there may only two of them, but they make a hell of a noise! Their music is as powerful and as intense as any full-blown five-piece, and their secret weapon is the terrific vocal interplay between the two of them which is used to incredible effect. The band have been blending head-turning metal riffs, industrial beats, darkness and eroticism since 2009’s ‘Seven Deadly Sounds’ EP and this new twenty-five minute, eight-track EP is their fifth physical release. 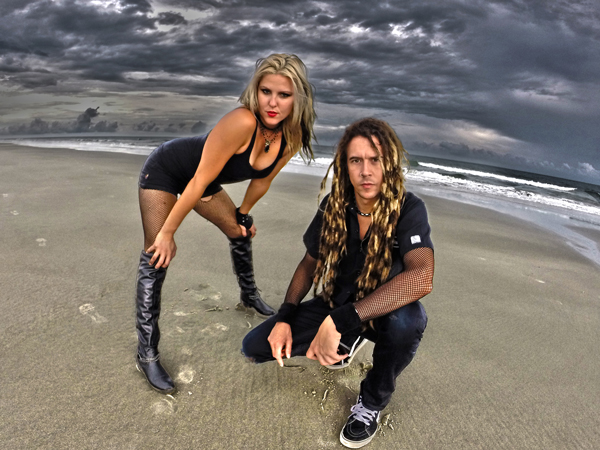 The idea behind the release is to wrap up a bunch of songs that have only been available digitally in the past and put them out on as limited edition EP. Is it worth hunting down? Oh yes... Opener ‘Summer Strom’ pretty much sets the scene for what is to follow, blasting out an industrial barrage with a heart of gold and a chorus to die for, and set closer ‘Gone’ bookends the release in similar fashion. Elsewhere, ‘Girl With A Hammer’ is an imaginative bop with some great lines, ‘The One Who Knocks’ is as creepy as the title suggests, and their cover of ‘Eleanor Rigby’ twists the song into an almost completely being that even Father McKenzie wouldn’t recognise.

It’s inventive, and it’s an exciting release. To pick up a copy of ‘Storm’ go to: https://krashkarma.com/storm

To whet your appetite, here's the clip for 'Summer Storm' followed by a vid for every other track on the EP. Enjoy!: