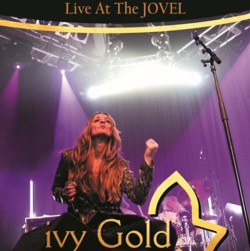 Respect doesn’t come easily. It has to be earned. You can’t just swan in and expect to be respected unless, of course, you are an exceptional band. And Ivy Gold are an exceptional band. The musicians are seasoned players to the core, with guitarist Sebastian Eder (ex-Avalon), keyboard player Anders Olinder (Glenn Hughes), bassist Kevin Moore (Jennifer Rush) and drummer Tal Bergman (Joe Bonamassa and Billy Idol) all adding their own respective talents to this multinational gathering of musicians. And front and centre stands vocalist Manou, a relative newcomer whose presence draws the likes of Janis Joplin to mind. Their debut album ‘Six Dusty Winds’ appeared last year, a bluesy blast of fresh air which garnered a number of accolades both in the metal and blues press, and when they played a handful of gigs in November 2021 they took the decision to record the show at The Jovel in Münster for video and audio release.

As you might expect from a relatively new band going on the road for the first time ‘Live At The Jovel’ – available in either a CD, DVD or Blu-ray formats – is their ‘Six Dusty Winds’ album in its entirety, although presented in a re-jigged running order. Naturally, though, the material takes on a different dimension in the live environment: ‘Face Of Deceit’ in particular really comes alive onstage, and the soulful ‘Without You’ really gives Olinder a chance to shine at the keyboards while Elder’s solo and flourishes during ‘Born Again’ able illustrate his mastery of his instrument. Bergman, meanwhile, slips in a drum solo mid-set. Inevitably though the majority of the attention – and the pressure – falls on the singer, yet Manou performs with consummate ease as if born to the role, her soulful voice never failing her as she strides across the stage with an ever-present smile and an unwavering delivery. The fact that musicians had to fly in for the gigs and had just two days to rehearse gives this set an added poignancy. 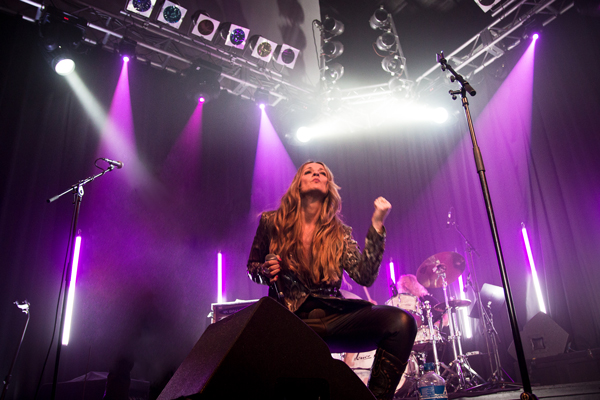 The show is beautifully shot in an intimate setting, and the DVD or Blu-ray really give you the opportunity to experience Ivy Gold’s performance up close and personal. Exciting and passionate in equal measure, Ivy Gold are an exceptionally talented band, and the fact that they maintain their independence and keep everything in-house further enhances their credibility.