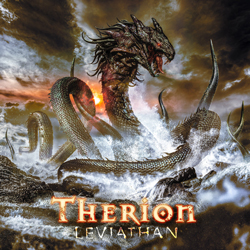 Christofer Johnsson has never made it easy to be a fan of Therion, given the way his band evolves – or perhaps mutates – at the drop of hat. “It’s the nature of the band to change,” he told me back in 2007. “It’s a natural thing. We’ve always done what we wanted and then looking back you realise, ‘oh, we’ve changed quite a bit...’ We are a very spontaneous band. I’m very comfortable with that and it’s more interesting for us.” The transition from death metal thrashing to symphonic, orchestral grandiosity has been rocky at times, and the last decade has been particularly strange for all but the hardcore of Therion fans. Following 2010’s ‘Sitra Ahra’ the past ten years have seen just two albums: 2012’s ‘Les Fleurs Du Mal’ – a collection of pop songs sung in French – followed six years later by the long-awaited birth of Johnsson’s mammoth rock opera ‘Beloved Antichrist’. Both of these have been massive undertakings for the band, but neither could be classed as easy listening. 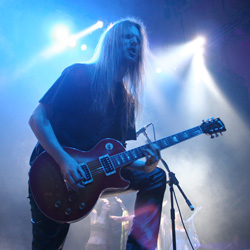 With ‘Leviathan’, though, Therion are back on recognisable ground once more. Ignoring the sideswipe of the last ten years ‘Leviathan’ is the natural successor to ‘Sitra Ahra’, and as an album contains all the core elements that made Therion the leader of the pack for so long – great songwriting, creative execution, clever orchestration, dramatic choral backing and soaring lead vocals. To capture its audience ‘Leviathan’ is front-loaded with the most accessible and ‘familiar’ cuts from the album: opener ‘The Leaf On The Oak Of Far’ kicks off at a great pace before giving way to the most Therion of choruses. The following track ‘Tuonela’ features a well-balanced interplay between Lori Lewis and guest vocalist Marko Hietala (who’s recently announced his intention to step out of the limelight). And then comes ‘Leviathan’ itself, a slow, brooding behemoth boasting a huge body of sound as the choral interface and Lewis’s soprano work in perfect harmony to bring the beast to life. Never a band to be dismissed lightly, by the time the title track as played out, in the space of twelve or so minutes Therion have proudly made it clear that they are back in the game once more. Elsewhere, ‘Psalm Of Retribution’ and the lavish ‘Nocturnal Light’ bolster what is a remarkable body of work.

Interestingly, just a personal observation: ‘Leviathan’ is not only the name given to the terrifying biblical sea creature, but is also the title of a seventeenth century treatise on social order written by Thomas Hobbes which called for strong, unified leadership – perhaps a telling sign of the times, given the change of administration across the Atlantic which occurred just two days before the album’s release.