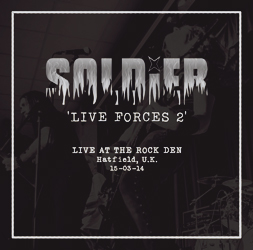 Back towards the end of 1982 Soldier released an eight-song cassette, ‘Live Forces’, compiled from two gigs the band had played in October (the Five Bells in Northampton and the Penny Farthing in Oxford). By this time the often-shuffled line-up featured Garry Phillips on vocals, guitarists Nick Bicknell and Nick Lashley, bassist Steve Barlow and drummer Steve Taylor, and was pretty much running out of ammo. The band’s founder, guitarist Ian Dick, had quit earlier in the year over musical direction and internal politics, and despite enlisting ex-Girl vocalist Phil Lewis to replace Phillips the band floundered the following year. 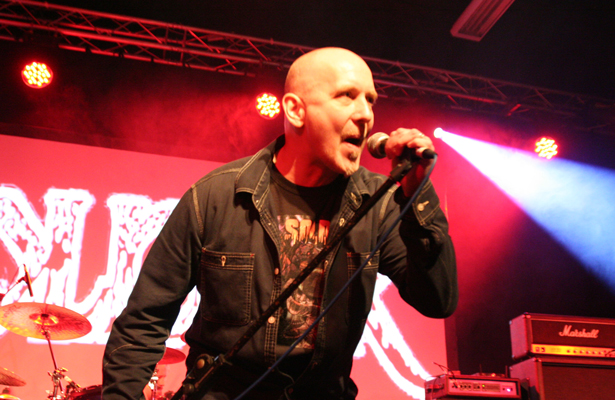 Exactly twenty years later Ian Dick, Garry Phillips and Steve Barlow reactivated Soldier and although faces have come and gone the band have released a number of consistently good albums and EPs over the years; the latest is ‘Live Forces 2’, taken from a show the band performed at the Rock Den in Hatfield on 15 March 2014. As the booklet points out, this line-up (vocalist Richard Frost, guitarists Ian Dick and Miles Goodman, bassist Dave Harrison and drummer Tim Churchman) doesn’t feature on any studio album, so in that respect ‘Live Forces 2’ is a great snapshot of the band at the point between 2013’s ‘Dogs Of War’ and ‘Defiant’ which followed two years later. 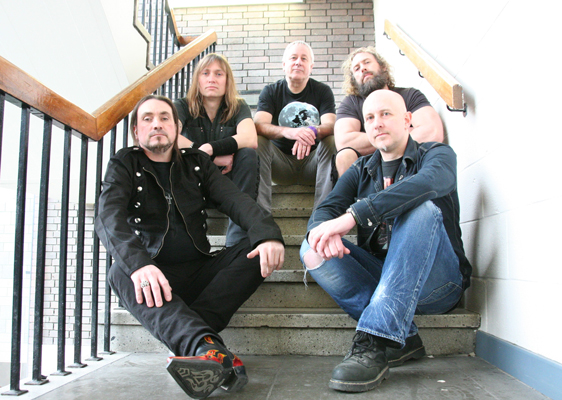 Unfortunately it’s not the whole show (a few technical gremlins put paid to that idea), but ‘Live Forces 2’ does showcase a great spread of material old and new, with ‘Bedlam’ and ‘No Man’s Land’ representing the recently-released ‘Dogs...’ album and the tracklist zipping all the way back to where it all started, with the likes of ‘Silver Screen Teaser’ and ‘Sword Of Steel’. The eight-minute ‘Starhaven’ (from the ‘Sins Of the Warrior’ album) is sublime, ‘Man From Berlin’ is still, in my opinion, one of the greatest songs ever written, and things come to a frenetic conclusion with that debut single ‘Sheralee’. But you expected that, didn’t you. 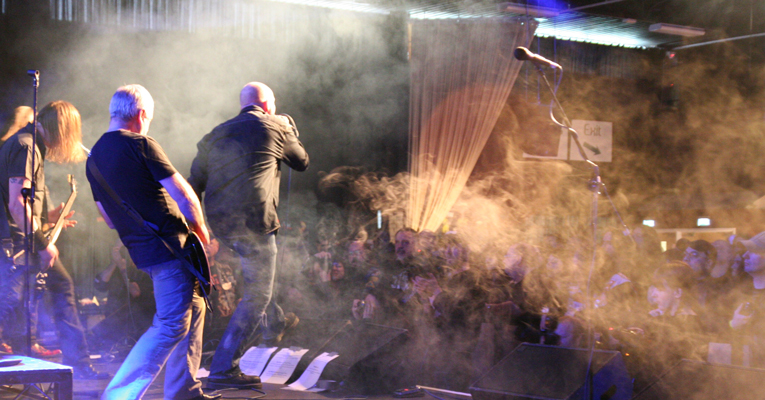 With plans for a revamped version of ‘Dogs Of War’ and a new album in the works Soldier certainly aren’t resting on their legacy, so now’s the time to enlist! To get a copy of ‘Live Forces 2’ (due 1 August) or for more information visit www.soldiernwobhm.com