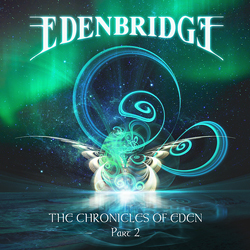 THIS WEEK I’M LISTENING TO... EDENBRIDGE The Chronicles Of Eden Part 2 (SPV)

Following on – fairly obviously – where 2007’s ‘The Chronicles Of Eden’ left off, ‘The Chronicles Of Eden Part 2’ spreads the best of Edenbridge’s more recent history over a two-and-a-half hour double CD set with a handful of treats thrown into the mix to keep things interesting. As befits one of the most important bands to break out of Austria (as well as the only one to be named after a town in Kent) Edenbridge have issued a number of excellent albums over an impressive twenty-plus year career so a second anthology is not unwelcomed, and ‘...Part 2’ covers the period from ‘MyEarthDream’ to their latest release, 2019’s ‘Dynamind’. The material was apparently compiled with assistance from online polling, although there’s little doubt that a lot of the songs pretty much booked their own places on the compilation: you can’t imagine a retrospective of this era of the band’s history without ‘The Great Momentum’’s grandiose ‘The Greatest Gift Of All, for example, or the sprawling ‘MyEarthDream’ itself. 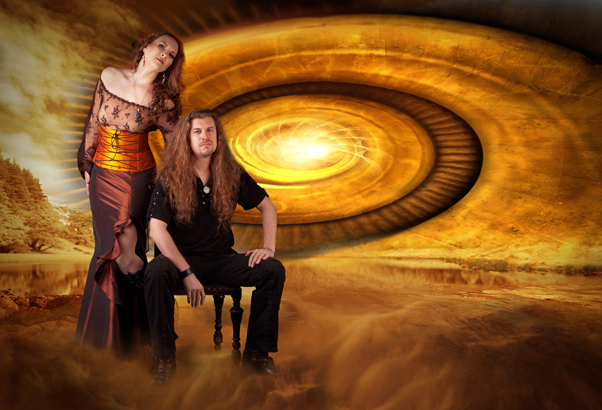 Lovingly and neatly curated, and extremely well-paced, ‘The Chronicles Of Eden Part 2’ offers up four tracks apiece from each of the five albums covered by the timeframe, as well as three bonus tracks from special editions (‘MyEarthDream Suite’, Inward Passage’ and ‘Eternity’) and three new re-workings: ‘Paramount’ and ‘Higher’ both appear on this set reworked in acoustic form by vocalist Sabine Edelsbacher and guitarist and all-round genius Lanvall (the latter song now played in a more lounge lizard), while Ms Edelsbacher re-recorded ‘Dynamind’ for what’s called the ‘Easter 2020 Version’. Elsewhere, though, it’s business as usual for the Austrian outfit whose ability to leap from short, easily-accessible tunes to challenging, epic work-outs has always been one of their many attractions. Personal favourite? ‘The Bonding’ – fifteen minutes of sheer excellence.