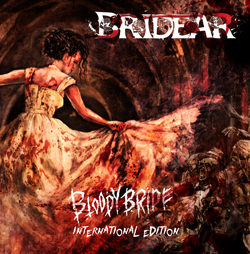 Given the level of interest in the Far East metal scene at the moment, I’m surprised some mag or another hasn’t tried to come up with the New Wave Of Japanese Heavy Metal tagline. Well, maybe they have... There’s little doubt though that there has been a large and interesting crossover of metal bands from Japan in the last couple of years – many of them all-female acts – and the five-piece Bridear is a prime example. Formed in Fukoaka in 2012, and with a line-up now featuring Kimi (vocals), Misaki and Ayumi (guitars), Haru (bass) and Natsumi (drums) the band already have two albums, a handful of EPs and two live DVDs to their name. With their tenth anniversary on the horizon they’ve added a third studio album ‘Bloody Bride’ to their canon. 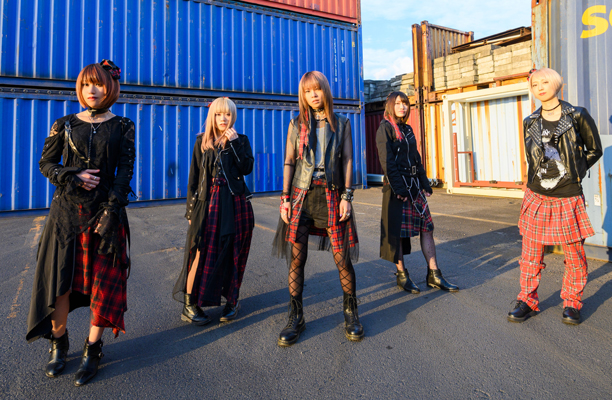 ‘Bloody Bride’, with its eye-catching artwork, is the band’s first album to get a full international release. If your default point of reference is Baby Metal, then think again. Bridear are all about substance, rather than style, and craft heavy, frenzied songs with an ear for melody and an eye on the finish line. Skipping the intro tape – the calm before the storm – Bridear serve up eleven tracks of full-on frenetic metal, and there’s not a lot of wasted space on an album which careers along at top speed. Hell, you wouldn’t buy a high-performance car and drive it at 20mph, so why expect a quintet of high-calibre performers to lift the pedal from the metal? Bridear thunder through forty-five minutes of metal without missing a beat, the rhythm section rock steady but florid when the occasion calls, dual guitars ripping and shredding, and Kimi’s vocals layering the icing on the cake. And just when you think you’ve got the measure of the album a song like ‘Kenshin’ throws a swerve-ball into the mix. And there are surprises too: ‘Moment’ and ‘Boy’ both boast effective full-on cookie-monster vocals, and I can’t be the only person who finds the laughter during the atmospheric mid-section of the title track disturbing, can I?

Immodest and tenacious, powerful yet gloriously poppy at times, ‘Bloody Bride’ is not only a guitarist’s dream but a truly impressive album from a band who probably still haven’t hit their peak. Expect to hear much more from Bridear yet...