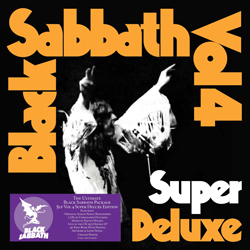 You have to feel a little sorry for ‘Vol.4’ really. Sandwiched between the mighty triumvirate of ‘Black Sabbath’, ‘Paranoid’ and ‘Masters Of Reality’ – all of which appeared within a hugely creative eighteen-month period from Feb 1970 to Jul 1971 – and December 1973’s monumental ‘Sabbath Bloody Sabbath’ it’s an album which is often overlooked. Sabbath’s first LP recorded overseas (at the Record Plant in Los Angeles) and without long-term producer Rodger Bain, ‘Vol.4’ was seemingly cobbled together when the band were frazzled and off their faces on cocaine. At times it meanders in a way quite unlike its predecessors (let’s be honest: does anyone ever need to hear ‘FX’?); it missed the boat when Sanctuary did their deluxe re-issue series a decade or so ago; and the band couldn’t even be bothered to think up a decent name for it. (Given the amount of cocaine they were using ‘Snowblind’ was the one suggestion they came up with and this was swiftly nixed by the men in the board room). 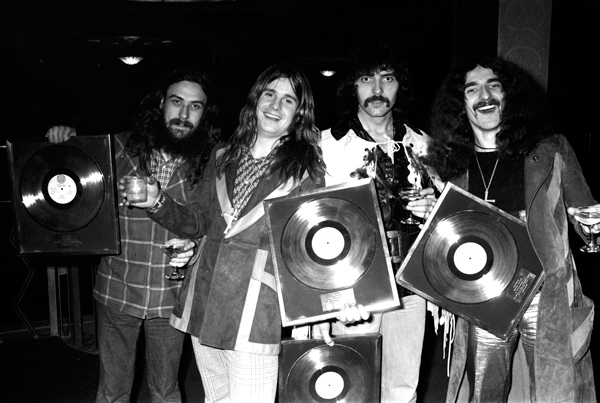 Yet Black Sabbath’s fourth album remains a firm fan favourite, and despite some lapses in concentration it contains some of the band’s most striking material – ‘Supernaut’, the self-referential ‘Snowblind’, ‘Tomorrow’s Dream’ and the monolithic eight-minute opener ‘Wheels Of Confusion’ are among the very best of the band’s early output. ‘Cornucopia’, a song Bill Ward famously hated and could get neither his head nor his chops around, is one of the band’s heaviest outings; tucked away at the end of the album ‘Under The Sun’ chugs away relentlessly; and even ‘Changes’ has its fans, although it lacks the quirkiness of ‘Planet Caravan’ or the sincerity of ‘Solitude’.

It is, therefore, high time that it was the bride rather than the bridesmaid, and BMG have pulled out all the stops with this extremely impressive thirty-nine track box set – four CDs or four LPs; name your poison – to redress the balance. Alongside the remastered album there’s six outtake versions, all lovingly remixed by Steve Wilson; a further eleven takes that ended up in the vault, again brought to life by Wilson; and the final CD or four sides of vinyl are given over to a specimen – and extremely exciting – 1973 live show, pieced together from recordings made in the UK at the time for a prospective live album: although this didn’t see the light of day at the time, some of the material did appear on the ‘Live At Last’, the disputed LP which still hit no.5 in the UK album chart on its release in July 1980. Hearing this live material shows just what a juggernaut Black Sabbath were in their prime with ‘Snowblind’, ‘War Pigs’ and the as-yet unreleased ‘Killing Yourself To Live’ in particular hogging the spotlight on this particular set. 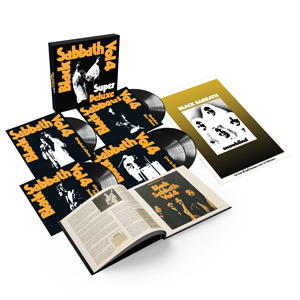 The package is completed by an extensive book and a replica poster, and the CDs or LPs come in newly-designed sleeves which cleverly mimic the original album cover. This is more than a just an album re-issue; this is a work of great imagination and beauty, and should be valued as such.