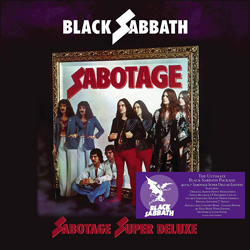 ‘Sabotage’ was the last great Black Sabbath album of the Seventies. The release of Sabbath’s self-titled debut album on (Friday) 13 February 1970 to the sacking of Ozzy Osbourne on 27 April 1979 was a glorious decade for fans of the band – ten years in which the original line-up of Osbourne, Tony Iommi, Geezer Butler and Bill Ward released eight of the most exciting albums ever pressed to vinyl. But, let’s be fair, the final pair (1976’s ‘Technical Ecstasy and ‘Never Say Die’ which followed a couple of years later) did see the band going off the boil a little, and although there was further greatness yet to come when Ronnie James Dio led the band through ‘Heaven And Hell’ ‘Sabotage’ (released on 28 July 1975 in the States and two months later in the UK) stands proud as one of Black Sabbath’s best releases; furthermore, it marks the end of what was undeniably the band’s most exciting and most creative period, and as such a celebratory release is well-deserved. Available as a 4CD / 4LP + 7” single set, the ‘Sabotage Super Deluxe Edition’ is a rare cornucopia of delights. Setting the music aside from a moment, the collection offers up a pretty hefty book and replicas of the UK tour poster (first leg) and the US programme from Madison Square Garden (where on 3 December they were supported by Aerosmith – what a bill!), all beautifully created and rather nice to have, too. The final CD (or stand-alone 7” in the vinyl box set) is a replica of the ‘Am I Going Insane (Radio)’ b/w ‘Hole In The Sky’ single, featuring the Japanese artwork of the time, while – naturally – the first LP or CD is a newly remastered version of the original album. 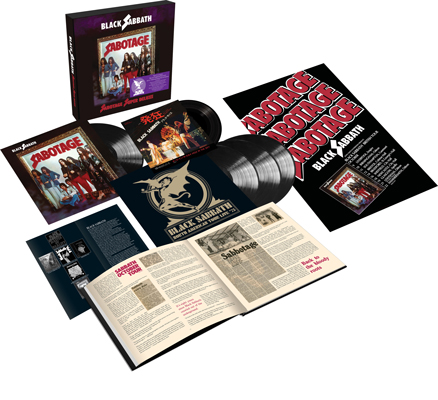 ‘Sabotage’ came into being at a time of great stress. The band had decided to part company with their manager, Patrick Meehan, which resulted in endless litigation, especially as they were only just clearing up the fallout from splitting with Meehan’s predecessor. “The making of that album took a long time because we were in the studio one day and in court or meeting with lawyers the next,” Iommi recalls in his autobiography ‘Iron Man’. Or as Osbourne notes in his ‘I Am Ozzy’: “We’d recorded ‘Black Sabbath’ in one day. ‘Sabotage’ took about four thousand years.” Added to this, a mix-up at the album cover photo shoot meant that the black clothing for their spin on a reflection in a mirror failed to appear, and the resulting image looks like the winner of the worst-dressed Burton’s shop window (“the ‘Sabotage’ sleeve is probably our most embarrassing one...” is how Iommi describes it); and tape op Dave Harris inadvertently destroyed the first recorded version of ‘Thrill Of It All’, a difficult song that, after many attempts, they’d finally nailed. 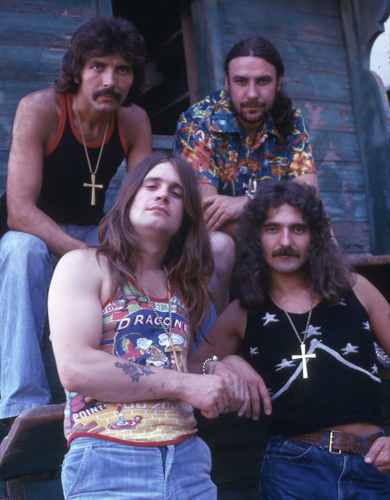 But from all this chaos and turmoil sprang one of the band’s most innovative and inspired LPs. Side One is pretty much just two tracks, as the lumbering opener ‘Hole In The Sky’ and thrilling ‘Symptom Of The Universe’ – a song which surely needs no introduction – are linked by the brief instrumental ‘Don’t Start (Too Late)’, named as tape op Harris was never quite ready to roll as the band kicked into gear. In the side’s other cut, ‘Megalomania’, and side two’s closer ‘The Writ’ (perhaps self-explanatory, given what was going on outside the studio) they came up with two of their most intriguing and beguiling compositions – the former opening softly and flexing its muscles midway through, while the later kicks the door right down and apologises afterwards: both lyrically targeted the band’s management. ‘Supertzar’ boasted the English Chamber Choir – the story goes that Osbourne didn’t know anything about them and thought he’d wandered into the wrong studio when he saw them all assembled – and went on to become the perfect mood-setting intro tape. ‘Thrill Of It All’ throws an interesting change of pace, chugging away nonchalantly for three minutes before taking flight with the aid of a Moog, and if the single ‘Am I Going Insane (Radio)’ – the bracket being rhyming slang for mental (radio rental) – didn’t really trouble any chart anywhere in the world, who cared? The success of ‘Paranoid’ had been no more than a fluke, anyway. 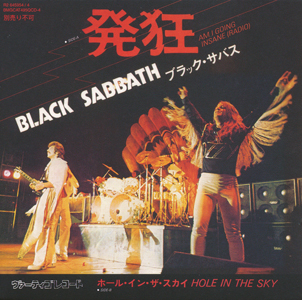 But, saving the best till last, it’s discs 2 and 3, or the other three LPs, which make this an essential purchase. As was often the case in the Seventies, the ‘Sabotage’ tour started exactly two weeks before the album was released. Kicking off at the Sports Arena, Toledo, Ohio, on 14 July the tour romped around the US before a clutch of UK dates in October, then it was over to Europe and back to America, finally wrapping up with a second set of UK dates and ending on 13 January 1976 at London’s Hammersmith Odeon. 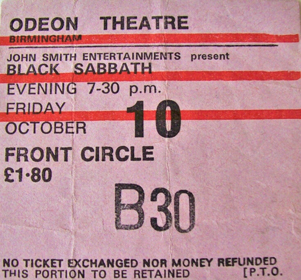 The gig at New Jersey’s Astbury Park Convention Centre on 5 August was taped for a potential live album which was shelved (seemingly a regular occurrence for the band) although heavily bootlegged, and some forty-six years after it was originally recorded it’s finally – officially – seen the light of day (although ‘Hole In The Sky’, ‘Symptom Of The Universe’ and ‘Megalomania’ all appeared on the 2002 ‘Past Lives’ CD). The full show is presented here, and is a perfect illustration of what made Black Sabbath such a powerful live band. OK, so after a bruising version of ‘Megalomania’ things do nose-dive a bit into seemingly interminable soloing, but that’s the Seventies for you. Elsewhere the performances are dynamic and unyielding – ‘Snowblind’ and ‘Symptom Of The Universe’ in particular are incredibly exciting – and the band are on fine form throughout, even if Osbourne does struggle with the pitch of some of the vocal lines at times. This isn’t just a live album: it’s an indispensable slice of metal history, lovingly encased in a bejewelled treasure chest. Something to lovingly enjoy... And yes, ‘Blow On A Jug’ is still there.