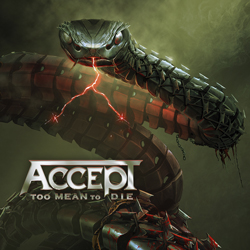 THIS WEEK I’M LISTENING TO... ACCEPT Too Mean To Die (Nuclear Blast)

“You need to know what the song’s all about,” Wolf Hoffman explains when I asked him how he writes songs. “And that’s fundamental. You can write all the riffs you want, but if you don’t know what the song’s about... Like, for instance, ‘Zombie Apocalypse’, that first song on the album. We just had those two words. Mark [Tornillo, vocalist] had said them to me and I really liked them but I had no idea what kind of song sounds like a zombie apocalypse; is it a fast song? A slow song?...” Well, the answer, of course, is that it’s a fast song, and as the explosive opener to Accept’s latest album ‘Too Mean To Die’ it’s the perfect way for Hoffman, a guitarist of immense talent and the last man standing from the band that released that self-titled debut back in 1979, to introduce the new-look six-piece outfit to the metal world. 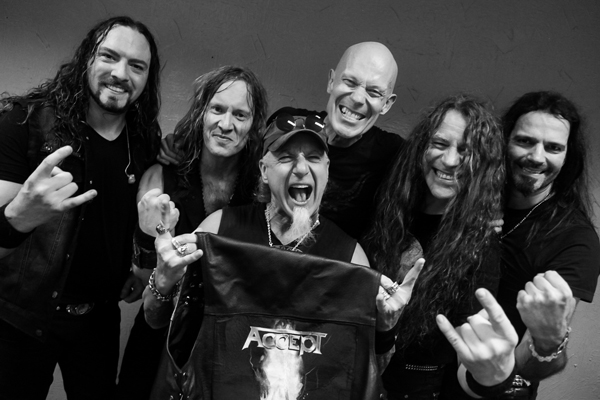 That ‘Too Mean To Die’ is a great album is beyond debate. Hoffman and his bandmates Uwe Lulis and Philip Shouse (guitars), Martin Motnik (bass), Christopher Williams (drums) and the aforementioned Tornillo, now a veteran of five Accept releases, have crafted an album which harks back to the glorious days of the early Eighties when everything was fast as a shark and twice as ferocious. And although Accept are more of a multinational than a German band now, the 2021 line-up shares plentiful strands of DNA with the group that, with the release of ‘Restless And Wild’ in 1982, pretty much defined metal for a generation: check out ‘The Undertaker’ as just one of many shining examples. The songs boast that same degree of heaviness, or intricacy, or both, and those elaborate little classical flourishes still adorn odd riffs and/or solos, often catching you unaware; album closer (and instrumental) ‘Samson And Delilah’ probably uses this to greatest effect, drawing on the opera of the same name and lobbing a healthy splash of Dvo?ák into the mix, although elsewhere ‘Symphony Of Pain’ will put a smile on your face as well. And ‘The Best Has Yet To Come’ gets a special mention for being so damned uplifting in these crappy times.

Pulled together under the watchful eye of all-round genius Andy Sneap, like almost every other thing planned for 2020, the recording of the band’s sixteenth studio album was hugely disrupted by coronavirus, but Hoffman takes great pains to point out that this is not a Covid album. “We didn’t want to write anything about coronavirus really, but we just made this kind of tongue-in-cheek statement saying we are the Eternal Metal Warriors, German Metal Machines, and can’t be killed. So there you have it: we’ll be around forever,” he claims, a sentiment which gave rise to the album’s in-your-face title.

A handful of days into 2021 it’s probably a little early to crown ‘Too Mean To Die’ as album of the year, but it’s got to be a contender, surely...