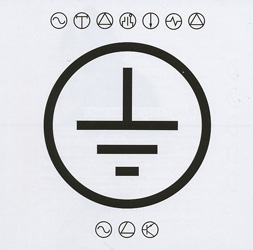 This is quite a novelty. Despite repeated plays of ‘SLK’, Stam1na’s sixth CD release, I’m struggling to come up with a single point of reference to align the album to. Stam1na’s biography refers to the band as “the Finnish metal phenomenon” and that pretty much sums the five-piece up. In the course of three-quarters of an hour they cover pretty much every tenet of metal in its broadest definition, seamlessly blending them into a quasi-undefinable but wildly addictive melange. Or, as a good friend of mine (hi, Keith!) would say when he’s describing the indescribable, it’s bonkers. But it works, believe me; even the most stout-hearted nonbeliever should be overcome by the tightness of the playing and what can best be described as an innate belief in how to blur the self-inflicted boundaries of metal. In ‘Rautasorkka’, for example, ‘SLK’ opens with all the subtlety of a multi-vehicle car-crash, the song throwing multiple progressive metal time changes into the air and mixing them with some frenetic riffing and ending up with a work-out which, while pretty much defying description, certainly grabs your attention. ‘Panzerfaust’ meanwhile veers more into progressive death metal territory, and ‘Masiina’ comes as close as the band do to the progressive/melodic sphere. And if you want thrash metal whistling then ‘Heikko Ehrä’ should be right up your street.

For purposes of discussion Stam1na have the air of inimitability of the likes of Tool, the album closer and title track is reminiscent of some of Devin Townsend’s more progressive output and ‘Kuoliaaksi Ruoskitut Hevoset’ bullies along like something the guys in Scar Symmetry might have come up with. That the whole album is sung/harmonised/barked in Finnish adds (to non-Finns, at least) to its sense of incongruity or other-worldliness, and adds to its aura of alienation. In their homeland Stam1na have already developed – and are recognised for – their own identity, and it would be great to see them break out and amass a wider, global fanbase because while it might be true that there’s nothing wholly unique under the sun any more, Stam1na come pretty damn close.