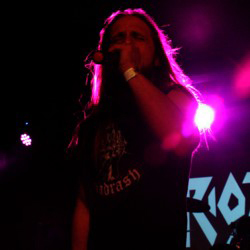 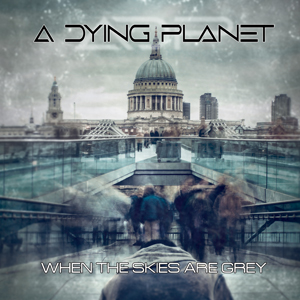 A DYING PLANET are the brainchild of the Troy Twins, Jasun and Troy, whose work with technical progressive metal bands like Zero Hour and Abnormal Thought Patterns should really need little introduction. A Dying Planet was formed in 2016 and continues the brothers’ exploration of the more intricate side of the progressive metal arena, with lengthy, downbeat but precise and masterful songs and an almost dystopian outlook to the lyrical presentation. ‘Where The Skies Are Grey’ (Lifeforce Records, 17 September) follows on from their 2018 debut ‘Facing The Incurable’, on which virtuoso bassist Troy Tipton, now no longer able to play, handled vocal duties. For this follow-up album behind the mic stand is Paul Adrian Villarreal, the ex-Sun Caged frontman who guested on the cut ‘Resist’ on that first release, with Brian Hart and Marco Bica back on bass and drums respectively. The songs are challenging and protracted, stretching out unhurriedly and building intensely – it’s hard to see the Troy lads ever writing four-minute Ratt-style crowd-pleasers! –underpinned by forceful musicianship and driven by Jasun Tipton’s unbelievably powerful guitar work. Six incredibly exciting songs are despatched in a little under an hour, with the sprawling fifteen-minute ‘Embrace’ forming the album’s centrepiece and showcasing just what this astonishing band is capable of. Check out the video clip for the title track and you’ll see what I mean: https://www.youtube.com/watch?v=szCjhTd8yNI 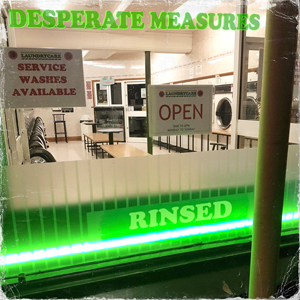 Short ‘n’ spikey, ‘Rinsed’ (Easy Action Records, 3 September) is a new mini-album from DESPERATE MEASURES, a quartet and whose formation dates back to 1981 in Christchurch, New Zealand. Fast-forward to the present day and founder member and vocalist Eugene Butcher now lines up alongside former Glitterati and current Rich Ragany And The Digressions guitarist Gaff, bassist Ricky McGuire ( whose credits include U.K Subs, and The Men They Couldn’t Hang), and former K-Line/Done Lying Down drummer James Sherry (there’s some names you might recognise there indulging in some extra-curriculum activities from other duties in the music biz). ‘Rinsed’ features three songs – ‘Scars & Memories’, ‘The Rich-Tual’ and ‘Flowers At Your Door’ – recorded at the end of last year, all shot through Iggy-attitude and Dolls’ swagger. Two live in the studio cuts follow: ‘Lost Angels’ is a tribute to its writer Chris Sheehan, guitarist with New Zealand act The Exponents who died of cancer, and ‘No Lip’ is another cover, this one taken from the flip of Dave Berry’s 1964 single ‘The Crying Game’ (the full title is ‘Don’t Give Me No Lip, Child’) and famously covered by Sex Pistols on ‘The Great Rock ‘N’ Roll Swindle’. Things wraps up with ‘Lost Angels’ again, this time in its original demo format. The band are on the road in October, supporting The Professionals on a thirteen-date UK tour, but in the meantime here’s the clip for ‘Flowers At The Door’: https://www.youtube.com/watch?v=yyRZlMQox30 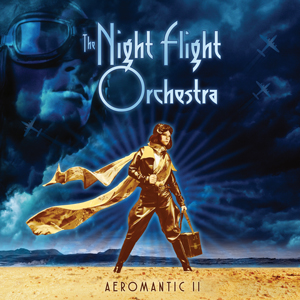 There’s probably few bands as instantly recognisable as THE NIGHT FLIGHT ORCHESTRA. Since hitting the skies with ‘Internal Affairs’ in 2012 the band, ably piloted by founder members and Soilwork stalwarts Björn Strid (vocals) and David Andersson (guitars), have created a signature sound built around Seventies’ pop played by a hard rock band. Their sixth album ‘Aeromantic II’ (Nuclear Blast, 3 September) sticks to the familiar flight path and follows hot on the tail of last year’s ‘Aeromantic’ outing; with all flights cancelled due to the pandemic and most of the band contracting the virus to some degree or another (although they did at least manage one week of their tour in support of ‘Aeromantic’, which is a lot more than many groups achieved) once they were fit ‘n’ heathy once more they did the sensible thing and went straight back into the studio. As a band The Night Flight Orchestra are certainly divisive – seemingly either loved or dismissed in equal measure – but there’s no denying that they can lift the clouds on a gloomy day and put a smile on your face with their brand of genteel, toe-tapping and instantly accessible melodic rock. It’s inoffensive, it’s fun, and when they want to pull out the stops – the keyboard/guitar interplay in ‘Burn For Me’ springs to mind – the results are quite spectacular. Here's the clip for the aforementioned ‘Burn For Me’ https://www.youtube.com/watch?v=sHZZyDGKfZU 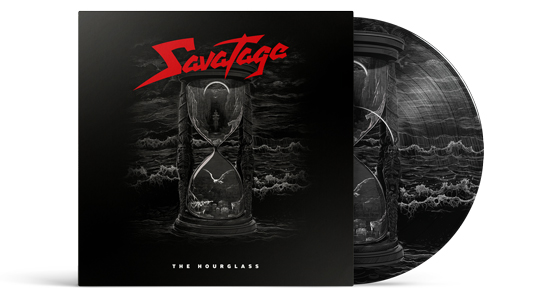 One band I’ve always had a soft spot for is SAVATAGE, whose ‘Sirens’ and ‘The Dungeons Are Calling’ records have just been re-issued on coloured vinyl via e.a.r music and look as gorgeous as they sound. As people with long memories will recall, the fifteen songs spread across the two releases were recorded at the same time and eventually appeared as an LP and standalone EP. This time out the ‘Dungeons...’ six-tracker comes with an additional demo cut and a replica of the band’s debut single, released back when they still went under the Avatar name. And if that’s not enough, there’s also a new 10” picture disc in the racks which features ‘The Hourglass’ from ‘The Wake Of Magellan’ on the A-side and two songs from ‘Edge Of Thorns’ – Shotgun Innocence’ and ‘Forever After’ – on the flip. All of which is a great excuse to dig up the video clip for ‘Hall Of The Mountain King’: https://www.youtube.com/watch?v=mOKoLiOkWWQ