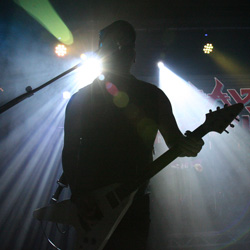 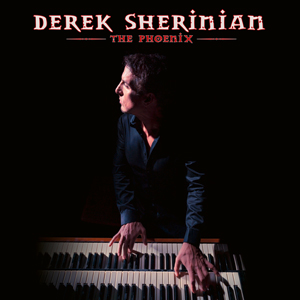 DEREK SHERINIAN is a man who should need no introduction. His keyboard work with Black Country Communion and Sons Of Apollo is exemplary, and as a member of Dream Theater, the Generation Axe showcase etc etc his reputation surely precedes him. In fact, according to the biography, David Coverdale once referred to him as “like the son of Jon Lord,” and you surely can’t get much higher praise than that! With seven classy previous solo albums to his name, the truly magnificent ‘The Phoenix’ (InsideOut Music, 18 September) brings the total to eight. Once again, long-time colleague and drummer extraordinaire Simon Phillips provides the backbone (as well as co-writing and co-producing), with a range of guest guitarists letting fly when Sherinian himself isn’t punishing the keyboards: up amongst the rollcall are Steve Via and Zakk Wylde, while virtuoso players like Tony Franklin and fellow son of Apollo Billy Sheehan add the bass – and it’s probably worth adding that Ron ‘Bumblefoot’ Thal from the day job also adds his weight to a few tracks. And although ‘The Phoenix’ is a largely instrumental album, Joe Bonamassa pops up to provide some bluesy vocals on ‘Them Changes’. What’s not to like? 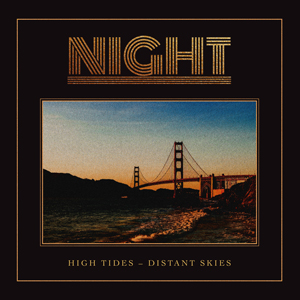 NIGHT may be less familiar, but with the release of ‘High Tides, Distant Skies’ (The Sign Records, 11 September) the Swedish quartet bring their album tally up to four. More rock than metal, for those who care about such things (‘Crimson Past’ sounds almost like something Dire Straits might come up with), and with the finest moments of Thin Lizzy as a lazy point of reference, Burning Fire and Highway Filip (guitars and vocals), bassist Joseph Max and drummer Linus Fritzson’s music is generally laid-back with the occasional lick of the blues. It’s not a long album, but the guys do like to pack as much as they can into each track without overloading things and, for example, what could be the AC/DC riff of ‘Falling In The Black’ is understated in its delivery to present a mellow, easy-to-listen-to groove, before the song goes off on an entirely unexpected different path. Elsewhere, ‘Lost In A Dream’ is a showcase for both melody and technique, and the more feverish ‘Give It To The Night’ shows the boys can let rip when the mood takes them. 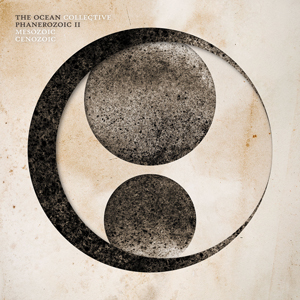 Beautifully played and infinitely entrancing, the new album from THE OCEAN is certain to turn a few heads, and not just because of its incredibly intense title. ‘Phanerozoic II: Mesozoic | Cenozoic’ (Metal Blade, 25 September) is the second half of a ‘palaeontology concept album’, the eight tracks all named after periods of this current geologic eon in chronological order. Or something like that. Whether you get caught up in the concept or not, it’s an incredibly ambitious and wholly authentic album from the German outfit and undoubtedly one of the most exciting progressive metal releases of the year. Formed in 2000 by guitarist and composer Robin Staps, and currently featuring vocalist Loïc Rossetti, guitarist David Ramis Ahfeldt, bassist Mattias Hägerstrand, keyboard player Peter Voigtmann and drummer Paul Seidel (band members seem to come and go in a kind of collaborative collective), The Ocean offer up pretty much a reflection of the planet itself – sometimes beautiful, sometimes relentlessly punishing, but always expansive in vision and breath-taking in beauty. The short, sharp ‘Palaeocene’ is aggressive and unforgiving, with guttural vocals battling a pounding soundscape, while the following cut ‘Eocene’ is the direct counterpart, with a gentle and sympathetic refrain and an unfussy delivery, and the album plays out with the beautifully crafted, hard-driving ‘Holocene’. It’s not an easy listen, but it is an album that opens up over repeated listenings and is well worth devoting time to. Oh yes, and for ‘special guest spotters’ Jonas Renkse puts in an appearance during the thirteen-plus minute epic ‘Jurassic | Cretaceous’. 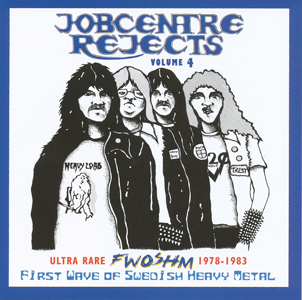 The ‘JOBCENTRE REJECTS’ series continues to go from strength to strength. ‘Vol.3’ and ‘Vol.4’ (On The Dole Records, 25 September) still boast the same awful artwork, but if the covers are turkeys the content is real meat rather than stuffing. ‘Vol.3’, like its predecessors, dredges the depths of the New Wave Of British Heavy Metal to come up with another twelve rare or long-forgotten gems, with the likes of Jameson Raid’s ‘It’s A Crime’ and Raw Deal’s ‘Out Of My Head’ probably being the most well-known of the dozen cuts on offer. ‘Vol.4’ adds a new twist to the tail, and features the Swedish metal scene of the late Seventies and early Eighties. Let’s face it, until Europe’s ‘The Final Countdown’ hit the UK singles chart most of us in those pre-internet days knew precious little about Sweden’s music scene, but this album reveals that it was as healthy and as vibrant as the NWOBHM and is well worth checking out. In fact, it’s pretty much an essential purchase for music ‘historians’ and NWOBHM fans alike. On The Dole now has eight releases to its name, and with quality being its watchword (the booklets feature informative sleeve notes and some great photos) it’s a label that deserves support. 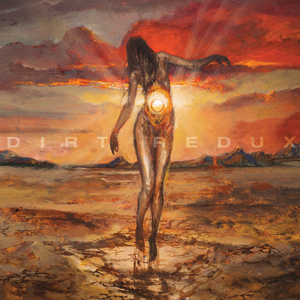 Another interesting company to watch is Magnetic Eye Records, which describes itself as “a boutique label presenting beautifully-designed and curated records from artists across the spectrum of heavy music.” Their latest offering is ‘Dirt [Redux]’ (18 September), a re-imaging of the 1992 Alice In Chains classic by a selection of contemporary sludge or stoner bands. It’s an interesting concept, and, although some of the songs do miss those beautiful harmonies of the original album, that’s not to say that the bands presented here don’t pay due respect to the material they cover. Some cuts are pretty faithful representations (Thou’s spin on ‘Them Bones’, for example) whereas Low Flying Hawks’ spin on ‘Dam That River’ slows it right down (almost doubling its length in the process) and Vokonis take the spirit of ‘Angry Chair’ and spit the vocals with acidic vitriol. Purists won’t be happy, but the results are interesting, to say the least.