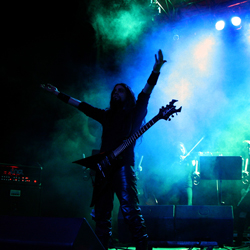 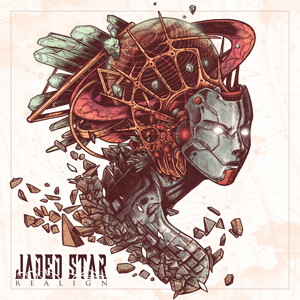 Formed by Maxi Nil (ex-Visions Of Atlantis) and Raphael Saini (ex-Iced Earth) some seven years ago, JADED STAR came out fighting with ‘Memories From The Future’ in 2015 and then seemed to hit the buffers. Having undergone a reboot the Greek band is back now with a completely different line-up (Nil being the only familiar face from the ‘Memories...’ days) and ‘Realign’ (Noble Demon, 6 November). An immensely likeable ten-track outing, ‘Realign’ hails from the more commercial end of metal – a bit like Amaranthe, but with considerably less singers – and also embraces a number of different styles, but is still a heavy little blighter when it bares it teeth in tracks like ‘Breathing Fire’ and the feisty ‘Children Of Chaos’. Meanwhile, opener ‘Female Fronted’ allows Nil to vent her spleen against that gender-defining genre tag – “since when music cares who’s behind the stand, if it’s a woman or a man” – which has also long been a bugbear of Delain’s Charlotte Wessels, I believe. 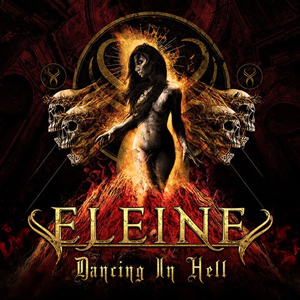 So, steering well clear of gender-based classifications, another band which does feature a female singer is Sweden’s ELEINE, whose third album ‘Dancing In Hell’ (Black Lodge Records, 27 November) continues the upward trajectory which began with 2018’s ‘Until The End’ and the following year’s ‘All Shall Burn’ EP. ‘Dancing In Hell’, as the title possibly suggests, is an album of atmospheric, hard-as-a-docker compositions, nicely-paced and exquisitely delivered. The album’s centrepiece, the twin epics ‘Memoriam’ (an expansive and brooding cut) and ‘Where Your Rotting Corpse Lies’ with its hacking riff and sweeping orchestration, is ably bookended by a supporting cast of heavy-hitters like ‘Ava Of Death’ and ‘Enemies’, ably crafted and delivered by Madeleine ‘Eleine’ Liljestam (vocals), Rikard Ekberg (guitars and vocals), Anton Helgesson (bass) and Jesper Sunnhagen (drums). Great band, great album... Aside from CD and vinyl editions, ‘Dancing In Hell’ is also available on cassette, probably for those people who’ve never felt the pain of carefully trying to extract the tape from the cassette deck when it’s been ‘eaten’. 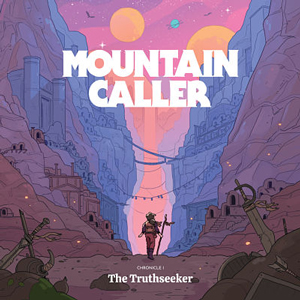 A “heavy, progressive, instrumental three-piece who are driven to tell stories with their music and want listeners to conjure up cinematic scenes in their minds,” is how MOUNTAIN CALLER refer to themselves. If all that sounds too ethereal, the London-based band – guitarist Claire Simson, bassist El Reeve and drummer Max Maxwell – are indeed extremely heavy and intriguingly progressive, and their debut album ‘Chronicle I: The Truthseeker’ (New Heavy Sounds, 6 November) presents an exciting, stimulating clutch of songs, crafted by the trio over three years of hard work and notable live performances. There is a concept, apparently, and although (to me) that’s not overly apparent, there’s no doubting the amazing musicianship and technical proficiency the band have to offer. Amongst the six cuts on offer, ‘A Clamour Of Limbs’ is the only song to feature a lyrical passage, and I’m guessing that the manic conclusion to ‘Dreamspirals’ is a spectacle to behold live. This is a band well worth investigating. Check out the stunning video to ‘I Remember Everything’ at https://www.youtube.com/watch?v=YI3_vGNueBw&feature=youtu.be 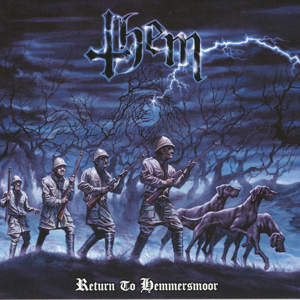 Once you realise that the band was created by vocalist Troy Norr (now performing under the name KK Fossor) as a King Diamond tribute act, THEM start to make a lot more sense. Rebooted in 2016 as a bona fide theatrical metal band in their own right, Them (They?) have ploughed a furrow that doesn’t sound too dissimilar to the man who inspired them. But there’s more to Them than simply being a facsimile of Kim Bendix Petersen and his works, and ‘Return To Hemmersmoor’ (SPV, 30 October), their third album, is a likeable and well-played slab of theatrical metal. OK, so the opening scene-setting dialogue exchange is laughable, to be honest, but once you get past that Them serve up an interesting album which ebbs and flows, and with a range of material ranging from the hard-hitting ‘The Thin Veil’ to ‘Free’, which sounds not unlike vintage Queensrÿche. There’s a load of old hokum masquerading as a concept, but just crank it up and leap around the room like a loon to ‘Waken’ or the metal thrashin’ mad ‘Battle Blood’. 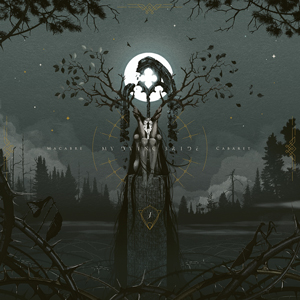 Just like buses, you can wait forever for a release from MY DYING BRIDE and then they all turn up at once. After a five-year gap following 2015’s ‘Feel The Misery’, March saw the appearance of ‘The Ghost Of Orion’ and 2020’s current period of lockdown features two more releases from the band. ‘Macabre Cabaret’ (Nuclear Blast, 20 November) is a three-track EP featuring all new material – the ten-minute title track together with the shorter but no less powerful ‘A Secret Kiss’ and the curiously-titled and perhaps more idiosyncratic and hauntingly atmospheric ‘A Purse Of Gold And Stars’. 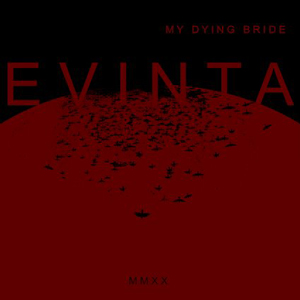 Meanwhile, on 4 December Peaceville are making ‘Evinta’ – My Dying Bride’s 2011 CD release – available on vinyl, as a celebration of the band’s thirtieth anniversary. The original ‘Evinta’ CD took a number of songs from the band’s catalogue and reworked them quite extensively into symphonic compositions, drawing the classical influences from the darkness of the original material. This double LP, cunningly titled ‘Evinta MMXX’, culls what frontman Aaron Stainthorpe considers to be the best of the limited edition triple-CD version of ‘Evinta’ and adds ‘The Cry Of Mankind’, omitted from the original release altogether. The ten compositions split over four sides of vinyl are ambitious and expansive – ‘In Your Dark Pavilion’ is about as expressive as you can get – but not at all what you might have expected from the Bradford band when they first appeared back in 1991 with their ‘Towards The Sinister’ demo. 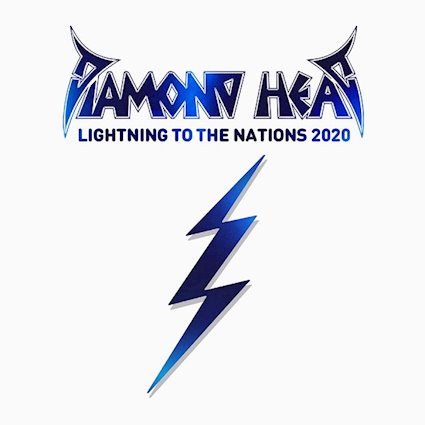 Turning the clock back further, DIAMOND HEAD offer up ‘Lightning To The Nations 2020’ (Silver Lining Music, 20 November), a re-recording of their legendary debut album to celebrate (in the absence of gigs) its fortieth birthday. As (a) there’s not a duff track on the album and (b) Diamond Head are consummate professionals, you know what to expect anyway, but four cover versions have been added to make life a bit more interesting. None of them is particularly obvious (which makes life considerably more interesting), but a spectacularly clever reworking of Deep Purple’s ‘Rat Bat Blue’ is probably the most unexpected, with ‘Sinner’, ‘Immigrant Song’ and ‘No Remorse’ following not far behind.

Just time for a few quick mentions... Having taken on PORCUPINE TREE’s Transmission label worldwide, Snapper Music are issuing ‘The Delerium Years’ (20 November), a glorious thirteen-CD box set pulling together everything the band did for Delerium between 1992 and 1997. KATATONIA have been busy during these unprecedented times (© every politician you can think of) and ‘Dead Air’, a twenty-track live lockdown session album filmed in May, is set for release on Peaceville on 13 November as a 2CD and DVD set, as well as a luscious double LP. Close on the heels of this year’s excellent ‘Eupnea’, PURE REASON REVOLUTION saw their debut album ‘The Dark Third’ re-issued as a 2CD set by InsideOut on 16 October. And, finally, SODOM’s sixteenth studio album ‘Genesis XIX’ is due on SPV on 27 November.