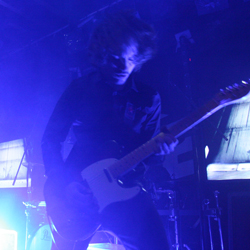 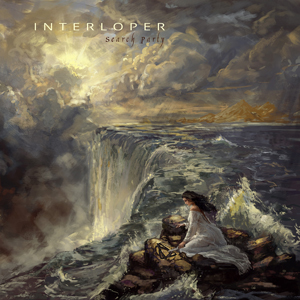 Following on from a couple of self-released digital singles and their debut EP for Nuclear Blast earlier in the year, Californian progressive metallers INTERLOPER are back in the racks with their debut album. Opening with a flurry of excitement ‘Search Party’ (Nuclear Blast, 11 June) is a mixed bag of delights, blissfully technical for those who like their listening material to be challenging and intensely demanding when the band stray into metalcore territory. With original frontman Mike Semesky leaving after those two singles guitarist Andrew Virrueta has stepped up to the microphone and proves himself more than capable of covering all the vocal bases necessitated by the band’s expansive musical horizons. I can’t say I’m convinced by their cover of ‘Rio’, but all credit to the band for tackling something different and I’m guessing that even the most ardent Duran Duran naysayer would end up singing along if they play it live. Fabulous cover artwork, too. 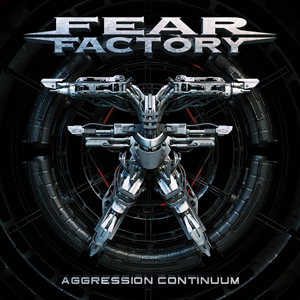 FEAR FACTORY were never a band to bang an album out every year, but it’s been nearly six years since Burton C. Bell and Dino Cazares unleashed ‘Genexus’, with lengthy legal tousles with former members lobbing a hefty spanner in the works. Often copied but never bettered, Fear Factory plough a very obvious and distinctive furrow, and ‘Aggression Continuum’ (Nuclear Blast, 18 June) does little to deviate from their chosen path. It’s harsh and relentless, as is to be expected, and given the aggressive grandstanding that characterises their music it’s hard to know whether the frontman and guitarist have channelled their frustrations into their music or if it’s merely business as usual. With Bell now keen to invest his time into what had been his side project, Ascension Of The Watchers, and quitting Fear Factory once he’d completed his vocals the band’s future might well hang in the balance. If that is the case, ‘Aggression Continuum’ is a pretty healthy – and not to mention triumphant – way for the band to sign off. Check out the video clip for ‘Recode’: https://www.youtube.com/watch?v=FAvTQgxt6Us&list=PLB4brr7vf-P4VJAxFPbROJLAQ4WW2TFVt 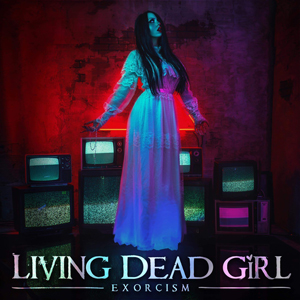 As might be expected from a band who presumably took their name from a Rob Zombie song, Canadian powerhouse LIVING DEAD GIRL are brash and exciting and their debut album ‘Exorcism’ (independent, 11 June) is an explosive nightmare of furious riffs and expressive vocals. Livewire frontwoman Molly Rennick is quoted as saying that the band’s music captures her own personality which is a dichotomy of “one wears baby pink and Hello Kitty and listens to pop music, and the other a goth girl in fishnet stockings who listens to dark heavy metal” and musically the band are kind of in the same ballpark as In This Moment (opener ‘Alive’, for example) and Marilyn Manson (‘Dirty Liar’). Some of the songs on offer, like the title track, do have an interesting commercial edge likely to appeal to a younger audience, but in the main the album is heavy as a bag of spanners and is beautifully executed throughout. ‘Exorcism’ is an excellent debut from a band with both vision and drive, as evidenced by the clip for ‘Alive’: https://www.youtube.com/watch?v=cPg3NOKSxtU&t=1s 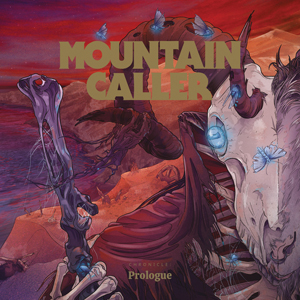 Following on from MOUNTAIN CALLER’s impressive 2020 debut album ‘Chronicle I: The Truthseeker’ the London-based instrumentalists – guitarist Claire Simson, bassist El Reeve and Drummer Max Maxwell – are back with a three-track, twenty-one minute EP entitled ‘Chronicle: Prologue’ (New Heavy Sounds, 9 July). The material was recorded at the same time as the album and is every bit as expressive and expansive as the tracks that appeared on ‘Chronicle I...’ despite being some of the earliest songs written by the trio. The sprawling lengthy opener ‘Something Stirred From Beneath The Rubble’ in particular conjures images of almost Lovecraftian invention and is not only an excellent example of how to create a narrative using only music but also shows just how imaginative this band can be. 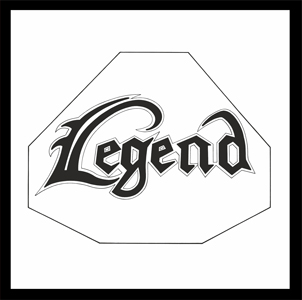 Of interest to NWOBHM fans comes a 40th anniversary CD re-issue of LEGEND’s self-titled debut album (Golden Core, 21 May). Legend came together in 1980 on Jersey (which despite its relatively small population also spawned fellow NWOBHM acts Jonah and Tracer) and instead of testing the waters with a single went the whole hog from the off and recorded ‘Legend’ the following February, issuing it on their own Workshop Records and ensuring it was available in time for their third gig, a support slot to Thin Lizzy. The album features some classic, almost progressive metal from an extremely talented band (listen to drummer Dave Whitley working his socks off during ‘Buried Alive’) and you have to wonder whether, had they been based in London, they would have had more interest from the major label Umm & Ahh guys and a hefty cheque waved in front of their faces. For this release the original seven-track album has been augmented by the addition of ‘Frontline’ and ‘Sabra & Chatila’, the two tracks on the A-side of Legend’s 1982 four-track EP (the two on the flip being added to the upcoming re-issue of the band’ second album ‘Death In The Nursery’). 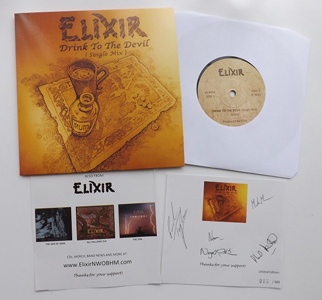 ELIXIR re-appeared in the shops last year with a new album ‘Voyage Of The Eagle’, and with lockdown having scuppered any immediate chances of promoting it the band have been working behind the scenes on promotional videos. Two tracks from the album ‘Onward Through The Storm’ (https://www.youtube.com/watch?v=4-yQtHex8DY ) and ‘Drink To The Devil’ (https://www.youtube.com/watch?v=8fKbY9Am5Tg ) were filmed at the disused Stanley Tools factory in Sheffield and a Fifteenth Century inn in Nottingham with the band’s new bassist Mark Mulcaster, and the audio has now issued as a limited edition (500 pressing) 7” single. This is the band’s first 45 since their 1985 debut ‘Treachery’ and is hugely collectable. For more information go to the band’s website at http://www.coldtown.com

Here’s a handful of random video clips to round things off:
‘Sentiment’ from Esa Holopainen’s ‘Silver Lake’ album, featuring the fabulous voice of Jonas Renkse
https://www.youtube.com/watch?v=Ga_0Jgq_9hM

‘There’s Only One Way To Rock from Axel Rudi Pell’s upcoming ‘Diamonds Unlocked II’ covers album, due at the end of July
https://www.youtube.com/watch?v=Nekbrt4JvM0