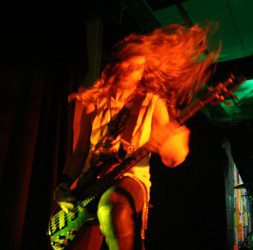 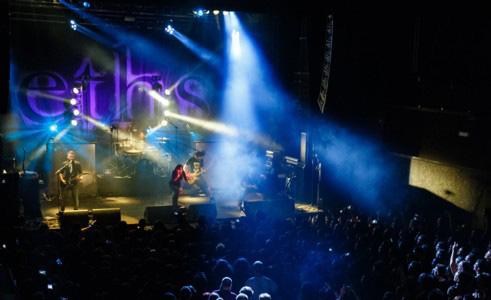 It’s true that you don’t know what you’ve got till it’s gone. Evolving organically from the band What’s The Fuck, formed in 1996, French outfit ETHS came into being in 1999. With a few line-up changes along the way, and just a quartet of albums under their belts, the band announced their split in a statement on 30 November 2016 although promised ‘one final surprise’. That turned out to be calling the original line-up together for two final shows. ETHS then finally bowed out in April 2017, saying au revoir firstly from the stage at the Moulin in Marseille on 8 April and then at the Trianon at Paris at the end of the month. The gigs were taped, and ‘The Ultimate Show –Live Au Moulin’ (Edza Films / Kick Your Eyes Productions, out now) is a massive CD/DVD/Blu-Ray package, the ultimate tribute to an incomparable band with enough extras (collected from the band’s history) to keep Cecil B. DeMille happy. I’ve not seen the visuals, but the audio performance – a nineteen-track seventy-six minute hot rails to hell – is a raging powerhouse of extraordinary vitality and dynamism as the band, fronted by the charismatic and energetic fireball that is Candice Clot, deliver an aggressive set of brutal, passionate and exceptionally exciting material. If you’re going to call it a day, this is the way to do it, although it’s a shame that the band – electrifying and trailblazing as they were – decided to split. Metal needs bands like ETHS to keep things evolving. 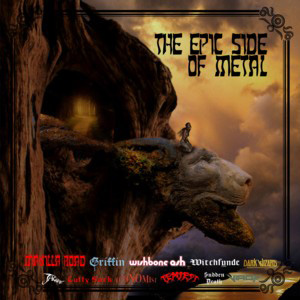 Epic by name, epic by nature... ‘The Epic Side Of Metal Vol.1’ (Golden Core / ZYX Music, 19 June) sets out to display the genre – and the label’s heavy hitters – in a different way. Focussing on of some of the more ambitious moments in metal, the compilation gathers up eleven bands and lets them roar for a few seconds shy of eighty minutes. Aside from the outro (Manilla Road’s ‘Morbid Tabernacle’) and Jaguar’s punchy, but rather out of place, ‘As The Crow Flies’, nothing clocks in at less than six minutes, with Viron’s ‘Sniper’ almost double that length. Manilla Road’s opener ‘The Deluge’ is a prime example of what the collection is all about, as it chops and changes direction at a whim, and I’m old enough to remember when Tommy Vance played (and I taped) Cutty Sark’s wonderful ‘Vultures In The Air’ on the BBC’s The Friday Rock Show all those years ago. Talking of Cutty Sark, by the way, the label released their ‘Die Tonight’ and ‘Heroes’ albums (from 1984 and 1985 respectively) as a two-on-one CD last year. The cover art is dreadful – hey, they were signed to Mausoleum; what do you expect? – but the albums are excellent slices of non-nonsense metal. 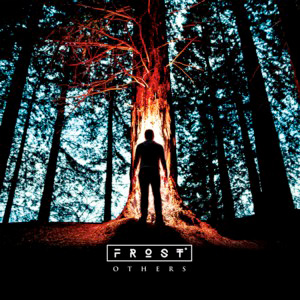 Interestingly, the six tracks that make up ‘Others’, the new EP by FROST* (Inside Out Music, 5 June), were written with a view to being included on what would then have been the double album ‘Falling Satellites’ in 2016. A rethink at the time focussed the album on its core eleven tracks (thirteen on the limited edition version), with these six unfinished outcasts being set aside and completed by Jem Godfrey, Nathan King and John Mitchell last year. Progressive by genre but punchy and atmospheric in nature, the half-dozen cuts are far too exceptional to be seen as outtakes and coalesce to form a cohesive body of music with a recognisable identity and the running time of an early Kiss LP. There’s pretty much something for everyone as the band cleverly exploit influences from all kinds of avenues, but the likes of opener ‘Fathers’, the eclectic ‘Eat’ and the frenetic ‘Exhibit A’ push a fair few buttons. Frosts*’s fourth album has been pencilled in for a September release. Hopefully! 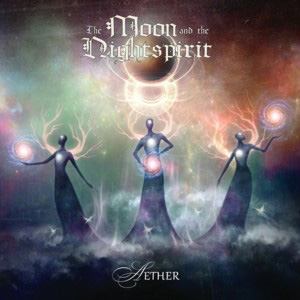 The Hungarian music scene is vibrant and colourful but perhaps not well known in the UK. Multi-instrumentalists and vocalists Ágnes Toth and Mihály Szabo, the divinely otherworldly duo known as THE MOON AND THE NIGHTSPIRIT, have been entrancing audiences since coming together in 2003. Their seventh outing ‘Aether’ (Prophecy, 19 June) is a beautifully evocative and ethereal body of work, drawing on the mystical world of days that never were and blending with it elements of folk and progressive music to create a dreamlike realm of splendour and harmony. ‘Aether’ isn’t an album to listen to; it’s an album to experience, to be enveloped in; an album which will transport you to another plane. If you could capture in musical form the most beautiful thing you’d ever seen, this is how it would sound. Available in a number of formats, there’s a rather nice limited edition CD box set with a bonus disc featuring three live tracks and an alternate version of the engaging ‘A Szárny’ amongst other goodies, available from https://en.prophecy.de/artists/the-moon-and-the-nightspirit/ 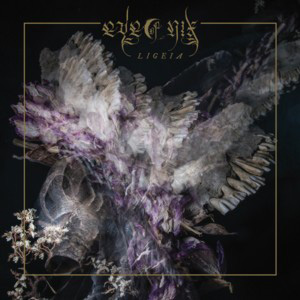 Also on Prophecy, but from the other side of the world both physically and musically, come Seattle’s boundary-pushing EYE OF NIX. ‘Ligeia’ (Prophecy, 19 June) is the band’s third album (following on from 2017’s ‘Black Somnia’ and their 2015 debut ‘Moros’) and is a diverse, spellbinding horror show, as Joy Von Spain’s operatic vocals toy with and provoke the instrumentalists into delivering some of the most sublime and most pugnacious riffing unleashed on this third rock from the sun. Like – but wholly unlike – The Moon And The Nightspirit, Eye Of Nix also inhabit another world, but theirs is black as metal and dark as night. Deep secrets and sullied spirits engage with the music to create an album with that’s as cruel as it is beguiling: nothing is what it seems and nothing seems what it is. It’s impossible not to get drawn into the haunting ‘Stranded’, or the unsettling darkness of ‘Adrift’. If the quote from Ecclesiastes is true, that “There is nothing new under the sun,” Eye Of Nix are rightly masters of re-invention. Again, multiple formats are available from https://en.prophecy.de/artists/eye-of-nix/eye-of-nix-ligeia.html