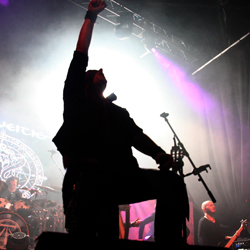 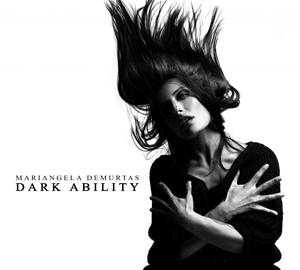 MARIANGELA DEMURTAS is probably best known as the vocalist of Tristania, with whom she’s recorded two albums – ‘Rubicon’ (2010) and ‘Darkest White’ (2013) – although the band appears to be in a state of eternal hibernation. Her debut EP ‘Dark Ability’ (independent release, 11 February) sees the Sardinian-born singer stepping well beyond the confines of goth metal and showcasing her exquisite voice on a clutch of appealing, yet quite dark, piano-led compositions of loss and redemption. The focus here is firmly on atmosphere and Demurtas’ vocal talents, and the material veers more to the pop metal side of things which gives ‘Dark Ability’ plenty of crossover appeal (some of Anneke van Giersbergen’s lighter moments might made a good point of reference). The haunting ‘Forgiverance’ is probably the best of the four tracks on offer, the song itself breeding an air of malevolence over which Demurtas delivers a beautiful, delightfully plaintive vocal.
Video clip: ‘City’
https://www.youtube.com/watch?v=NQ-rt8N1TdQ 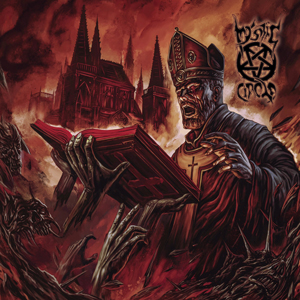 As mentioned in the round-up of Atomic Fire’s releases a while back, MYSTIC CIRCLE, the legendary German extreme metal band, are back with a self-titled new album (Atomic Fire, 4 February). Mystic Circle’s reformation – the band finally hit the buffers in 2007 – re-unites founder members Beelzebub and A.Blackwar, who’d actually left the band way back in 1999. The intervening years certainly have done little to blunt their approach or their creativity, and ‘Mystic Circle’ is a driving and forceful beast which plumbs the depths of heaviness. That said, there are subtleties to be found, and the songs are imaginative; it’s easy to scoff at extreme metal bands, but when it’s done skilfully and artistically the results – as is the case here – can be spectacular, as the middle order of ‘Letters From The Devil’ and ‘Darkness In Flames’ ably demonstrate. Various formats abound, but the CD digipack features as a bonus track a cover of Possessed’s ‘Death Metal’. Furthermore, as if to prove that the devil does have the best tunes, the track ‘Letters From The Devil’ has been issued as a 7” single, flipped with non-album track ‘The Godsmasher’, limited – naturally – to just 666 copies.
Video clip: ‘Darkness And Flames’
https://www.youtube.com/watch?v=fnDgULT74vg 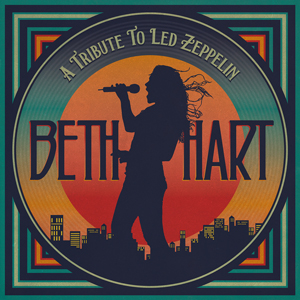 In a bit of a sideways move, BETH HART tackles a brace of covers on the self-explanatory ‘A Tribute To Led Zeppelin’ (Provogue, 25 February). It take a brave person to be prepared to face the slings and arrows of outraged Zeppelin fans but coupling her distinctive voice with classics of this calibre works rather well. Hart stays largely in the usual territory – ‘Whole Lotta Love’, ‘Kashmir’ and ‘Stairway To Heaven’ open proceedings – but it’s when she goes slightly off-piste that things get more interesting: Hell, she even manages to make ‘The Crunge’ sound viable. ‘Dancing Days’ bizarrely forms the bread of a ‘When The Levee Breaks’ sandwich, which doesn’t really work and which makes for an unappetising and unfulfilling mouthful to swallow; the same trick is applied to ‘No Quarter’ / ‘Babe I’m Gonna Leave You’ and sits equally uneasily. The individual songs work much better before being forced into an arranged marriage. Still, Hart’s in fine form on a storming ‘Black Dog’ and ‘The Rain Song’ is an exquisite way to round things off.
Audio clip: ‘Black Dog’
https://www.youtube.com/watch?v=xNgQtP4zk5E&t=7s 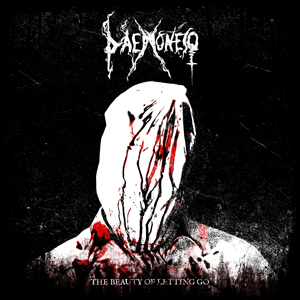 Fire and fury combine in a combustible mix on DÆMONESQ’s debut EP ‘The Beauty Of Letting Go’ (independent release, 25 February). Fronted by the wasp-gargling Rægina, the Germany-based five-piece are a black metal dream – fast and heavy, but creating songs that are both aggressive and memorable with robust structures and haunting melodies. ‘Allure And Grandeur’ is subjectively the best of the cuts on offer, “a prayer for freedom and renewal” which sustains its elegance and arrogance over five-plus minutes, but that’s not to dismiss the other three tracks: the guitar run that pervades ‘Battleaxe’, for example, is exceptionally well crafted and executed. With an eye of social inequalities Dæmonesq are an interesting band with a lot to say and songs that provide the ideal vehicle with which to say it. Definitely an act to keep an eye on. 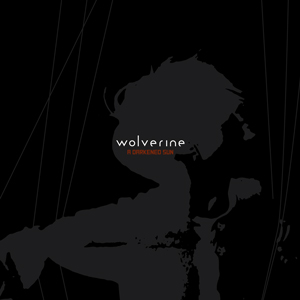 WOLVERINE should need no introduction. Formed in 1995 the Swedish progressive metal band have been responsible for some of the most interesting music from the genre, although, to be fair, their albums tend to arrive as frequently as Halley’s Comet. ‘A Darkened Sun’ (Sensory, 25 February) bears all the hallmarks of their earlier material – bleak and epic soundscapes, filled with intense melancholia with an innate beauty and an overarching feeling of hope – but is a little different in that it’s the soundtrack to a prestigious and highly acclaimed short film of the same name. This is a standalone release though. You don’t need to see the film to appreciate the four tracks (again? It’s obviously the time of the year for EPs!) which range from the brooding and episodic ‘Phoenix Slain’ to the more upbeat ‘Hibernator’ which, at five-and-a-half minutes, is the record’s shortest cut. The musicianship is excellent across the board – as might be expected – with vocalist Stefan Zell in particular on fine form. ‘A Darkened Sun’ is being released as a limited edition vinyl pressing, and is highly recommended.