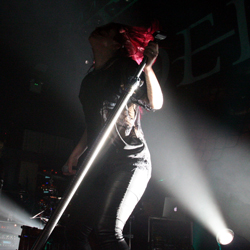 There’s something about this time of year that makes everyone lose their inhibitions – and not just by seducing someone at the Christmas party. BLIND GUARDIAN’s reworking of ‘Merry Xmas Everybody’ (Nuclear Blast, 18 December) is truly terrible, and joins the pantheon of awful festive songs. I suppose I should be thankful that I’d managed to avoid hearing Status Quo’s ‘It’s Christmas Time’ for twelve years until it snuck up on me on Planet Rock a little while back. Meanwhile, everyone’s favourite pop metallers THE NIGHT FLIGHT ORCHESTRA came up with their own Christmas single, ‘Paper Moon’ (Nuclear Blast, 27 November) which at least keeps its dignity. Another slice of foot-tapping AOR, ‘Paper Moon’ is as sparkly as a Christmas tree and as kitsch as the fairy on top. Will it change your life? No. Will it put a smile on your face? Almost certainly. And it’s much more palatable than a Brussel sprout, too. 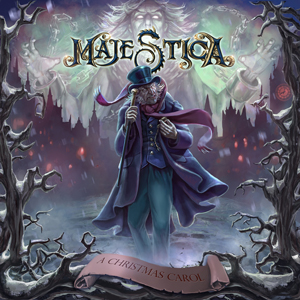 There must be something going on at Nuclear Blast, as another band imbued with the Christmas spirit is MAJESTICA, whose latest album is as festive as mince pies and sherry. ‘A Christmas Carol’ (Nuclear Blast, 4 December) is the follow-up to last year’s debut ‘Above The Sky’, and if you think power metal and Ebenezer Scrooge don’t go together, think again. With its frenetic, riffed-up backdrop ‘A Christmas Carol’ does a good job of telling its tale while – like most power metal albums – keeping its tongue in its cheek and a smile on its face, and although this isn’t an album to change the world, it does make it a tad more fun for forty minutes. As Monty Python’s Leonardo da Vinci says to critics of his Sistine Chapel painting, “it bloody works, mate,” although it is worth pointing out that, in this day and age, naming a character Fanny is always going to induce mirth in listeners. Nice cover too, by the way. 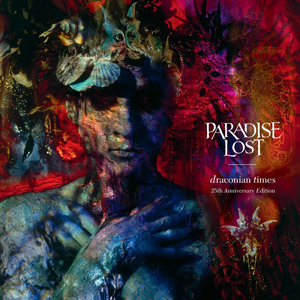 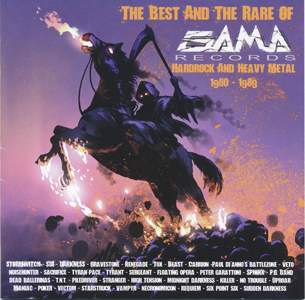 From Golden Core/ZYX comes ‘The Best And The Rare Of Gama Records’ (20 November), a 2CD set which showcases thirty-eight tracks from this relatively obscure German label. Founded by Peter Garattoni and Günter Marek, musicians in German folk band Eulenspygel, the label’s first releases by Requiem and Piledriver came in 1980 (an imprint, SL-Records, incidentally, issued the first Sinner album, although they declined to get involved). Compiled by Golden Core’s driving force, Neudi, the compilation serves up a who’s who of lesser-known European acts, although a handful – for example, Sergeant, Maniac, Tyran’ Pace – were well-known in the UK at the time and the label even appear to have licensed Paul Di’Anno’s Battlezone. If you’re into digging up abstruse rarities from the Eighties’ European metal scene, this is the album for you. 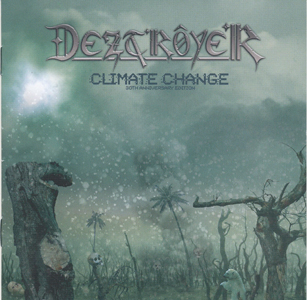 Also from Germany comes ‘Climate Change’ by technical thrash act DEZTROYER (Golden Core/ZYX, 4 December). This is listed as the ‘30th Anniversary Edition’ and again has been augmented by twenty-five demo songs on a bonus disc, as well as some pre-production material. Back in the day, the band signed a dodgy contact and, having paid for everything themselves (naturally) they ended up with just a hundred copies of the album on vinyl. Although they also sold a handful of CD-Rs as well, very few copies made it into the real world, and as such ‘Climate Change’ is another rarity unearthed by Neudi (when does the guy find time to sleep?). Being honest, the vocals are an acquired taste, but it’s well-played and, as ever with Golden Core, comes with a booklet jam-packed with information and memorabilia. 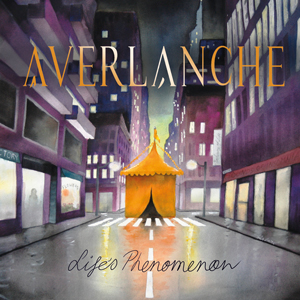 Cut from the Sonata Arctica / Stratovarius cloth, with rampant guitar solos and cracking keyboard fills comes AVERLANCHE’s debut album ‘Life’s Phenomenon’ (Concrete Music Company, 6 November), an album so good the Finnish five-piece could easily become the poster band for symphonic metal for the upcoming decade. Armed with talent and loaded with ten catchy, hugely accessible songs – ‘Hate’ comes highly recommended, as does ‘The Diamond Hills’ for which a video clip has been produced – Averlanche are fronted by German singer Rebecca Spörl, who moved to Finland in search of a band and certainly fell on her feet. Although nothing seems certain these days, hopefully this is one band that will ride out the bad times and go from strength to strength. Check out ‘The Diamond Hills’ at https://www.youtube.com/watch?v=7KQztv60O20 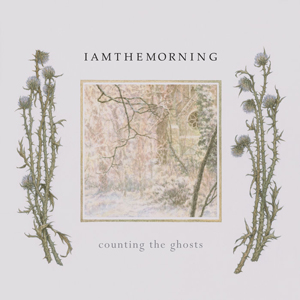 IAMTHE MORNING follow up last year’s majestic ‘The Bell’ with ‘Counting The Ghosts’, a four-track EP which features two new songs bookended by two more traditional Christmas songs ‘I Wonder As I Wander’ and ‘Veni Veni Emmanuel’ (self-released, 4 December). The two new originals, ‘Cradle Song’ and the title track are, as you would expect from the duo, imaginative and ethereal, forgiving and enchanting. 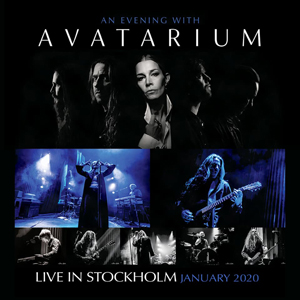 And saving the best till last, AVATARIUM round off the year with ‘An Evening With Avatarium’ (Nuclear Blast, 4 December) the soundtrack to their Stockholm concert show which was made available as a movie download earlier in the year. This seventeen track live album features a band that is obviously pretty much at the peak of its powers, and the result is an hour-and-a-half of sheer perfection. Jennie-Ann Smith sings her heart out on the night, and the band’s performance is nothing short of phenomenal, especially on tracks like ‘Pearls And Coffins’ – which here becomes a lengthy ten-minute workout – and ‘The Fire I Long For’. ‘Girl With The Raven Mask’ scorches along, ‘Moonhorse’ is sublime, and there’s even time for a short, reworked version of ‘In My Time Of Dying’. A fitting place to wrap up 2020.

See you on the other side; stay safe...