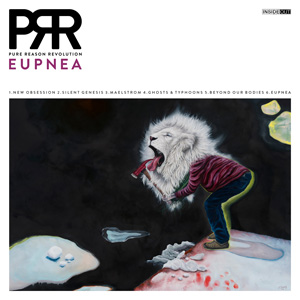 After an absence of nine or so years – is it really that long since the ‘Valour’ EP appeared? – PURE REASON REVOLUTION are back with their fourth studio album ‘Eupnea’ (InsideOut – 3 April). Now stripped back to its core of just Jon Courtney (vocals, guitars and keyboards) and Chloë Alper (vocals, bass and keyboards) Pure Reason Revolution have lost neither their edge nor their ability to create catchy yet complicated material. Opener ‘New Obsession’ does a good job of setting out their stall, with the shared vocals developing the song’s identity while a hard-nosed guitar solo nudges the duo into Nine Inch Nails’ territory. ‘Eupnea’ – the state of normal, unlaboured breathing, or resting respiratory rate – is an stimulating, pulsing album, possibly best indicated by the fact that the title track’s thirteen-odd minutes zip by in a flurry of time changes and a few occasional Floydisms.
Highlight: ‘Ghosts & Typhoons’ – give it time: it’s a wolf in sheep’s clothing 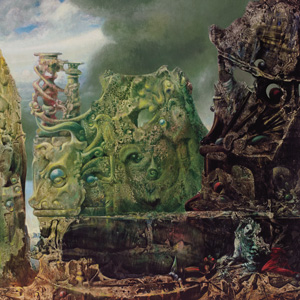 Canadian trio SPELL’s third album ‘Opulent Decay’ (Bad Omen – 10 April) – the title is apparently derived from the songs’ subject matter of “the contrast between opulence and austerity, and the decay that results from imbalance,” according to bassist / vocalist Cam Mesmer – is the sound of a band of growing confidence, more than comfortable in its own skin. Spell are rapidly crafting a sound of their own, with driving metal outings that for all their muscle don’t lack melody, although for a point of reference there are odd moments when Mesmer and his bandmates Graham McVie (guitar) and Al Lester (drums / vocalist) tear the odd leaf, not that it’s a bad thing, from the Thin Lizzy songbook – ‘Sibyl Vane’ being an obvious example. That said, Spell aren’t copyists by any stretch of the imagination and songs like ‘The Iron Wind’ and ‘Deceiver’ are indicative of a band intent on forging their own identity and leaving their mark on the metal world.
Highlight: the brooding ‘Imprisoned By Shadows’ 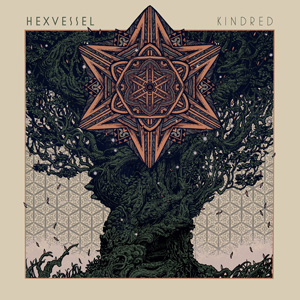 Like InsideOut, the Svart label tends to be a badge of unmitigated quality, and HEXVESSEL’s latest offering ‘Kindred’ (Svart – 17 April) does nothing to tarnish that reputation. Based in Tampere, the band refuse to be pigeon-holed and on this, their sixth album, they revel in their eclecticism, seamlessly blending progressive, folk, blues and rock elements in its introspective compositions. And it’s this diversity that gives the album its innermost strength. Shades of King Crimson crop up in opener ‘Billion Year Old Being’, a song which seemingly refuses to be hurried until it ups gear and bounces around like the best of Seventies’ progressive rock before finally fading gently into an almost transcendental coda. A cut-down cover of Coil’s ‘Fire In The Mind’ is a melancholic elegy which slips in beautifully alongside the languid ‘Bog Bodies’ with its haunting trumpet refrain and the downbeat ‘Phaedra’, a song which comes over as a stab at putting Leonard Cohen on a progressive stage. It works: trust me on this.
Highlight: the haunting and bewitching ‘Magical And Damned’ 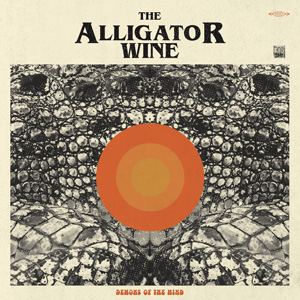 Formed in 2016 by Thomas Teufal and Rob Vitacca THE ALLIGATOR WINE come across as a kind of latter-day krautrock act, conjuring up offbeat, poppy, danceable metal stompers. The kicker is that they do so without a guitar in sight – everything the pair do is created via organ, synth, moog bass and drums. There’s no denying though that ‘Demons Of The Mind’ (InsideOut – 24 April) is a heavy little mofo, inspired and bonkers in equal measure. Twisted, anarchic and, let’s be honest, fun, The Alligator Wine’s second album, infused with the sound of Vitacca’s organ, is a major divergence from The Template, which clearly proves that different is the new normal. Much like The Night Flight Orchestra, whether you want to sink deep into the Seventies’ vibe – the stamping ‘Voodoo’ reincarnates The Doors big-time – or just leap up and enjoy the party this is one seriously out-there album. “One foot in the disco, one foot in the grave,” indeed...
Highlight: the manic ‘Shotgun’ 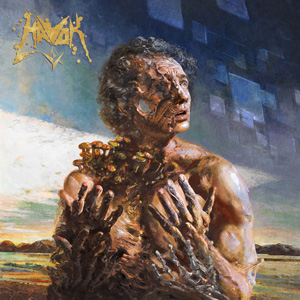 At the other end of the scale entirely come HAVOK, the Colarado-bashed thrashers who opened their account with ‘Burn’ in 2009 and who seem intent on lovingly keeping the flag flying. Done badly, modern-day thrash wallows in nostalgia, but when bands like Havoc cut loose you know you’re in for one hell of a ride. Hacking away like it’s still 1987, but putting a twenty-first century stamp on proceedings, David Sanchez, Reece Scruggs, Brandon Bruce and Pete Webber are purveyors of real, old-school thrash, with razor-sharp riffs, flailing drums and bark-like-a-hound vocals. Pumped-up and pugilistic, ‘V’ (Century Media – 1 May) is, unsurprisingly, their fifth album and packs all the swagger and bellicosity of the likes of Testament and Metal Church at their belligerent best. Rattling through ten shorter cuts, Havok’s tour-de-force is the eight-minute masterpiece ‘Don’t Do It’ – epic in every sense of the word.
Highlight: metal thrashin’ mad second track ‘Fear Campaign’