Originally released as ‘Monochrome’ in 2017, Daniel Cavanagh’s most recent solo outing has been given a new lease of life – and four bonus tracks – and is back in the racks as ‘Monochrome / Colour’. - Read More 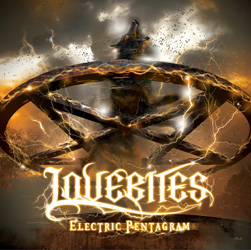 Running Wild, metal’s original – and best – swashbuckling scourge of the Seven Seas, are back with a new EP ‘Crossing The Blades’. - Read More

This is a band that has songs – real, thoughtfully crafted songs, with hooks and melodies in plentiful supply and bucketloads of aggression to top things off – and the talent and inbuilt drive to muscle their way to the top. - Read More

Opening with a bike revving, a call to arms and howling feedback ‘Ride Hard Run Free’ sits at the heavier end of the NWOBHM spectrum and is a bruising pugilist of an album - Read More

This Swedish five-piece band already have a number of releases under their belts and ooze talent from every pore, so why they’re not exactly a household name is anyone’s guess. - Read More

With a name that nods towards one of the seven wonders of the ancient world, Hanging Garden have indeed created an album of some splendour in ‘Into That Good Night’. - Read More

There’s pretty much a song for every mood on ‘Linchpin’, and it’s the album’s multiplicity which is the key to its charm. - Read More

THIS WEEK I'M LISTENING TO...THE HAND OF DOOM Poisonoise (On The Dole Records)

In November 1979, while most of us were getting worked up about a bunch of Londoners called Iron Maiden, a young German band with an intriguing name and a bucketload of attitude were locked away in the studio working on their debut album, ‘Poisonoise’. - Read More